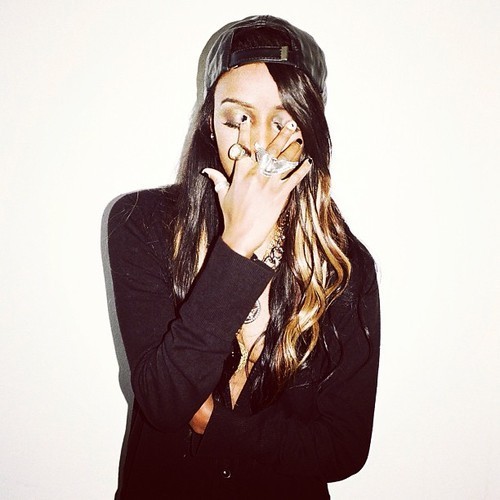 While Angel Haze has promised to deliver a new freestyle every day for 30 days, the last slice of gold came with Thursday’s gorgeous rendition of Miley Cyrus’ “Wrecking Ball”. Today, though, Haze more than makes up for lost time by tackling the late, great Gil Scott-Heron’s “New York Is Killing Me”. If you recall, Haze previously sampled the gritty ballad for the Reservation EP standout of the same name. Though it shares plenty of the some parts (the intro and chorus, mainly), this new “New York” sees Haze dig deeper into her massive arsenal of lyrical swords and arrows, threatening to decapitate haters and make the rest of us run and cry for our mamas in her monstrous wake. Stream and/or download it below.

Haze has also covered tracks from Jay Z, Kanye West, Kendrick Lamar, Drake, and Macklemore and Ryan Lewis. The “30 Gold” series serves as a precursor to Haze’s debut album, Dirty Gold, due out later this year via Republic Records.