In Photos: The Naked and Famous at Oakland’s Fox Theater (10/25) 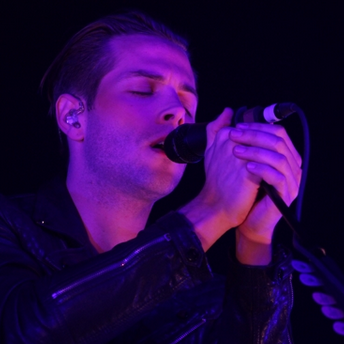 Six years later, New Zealand’s The Naked and Famous has evolved from an agreeable dream pop band into a touring spectacle. Last night, the collective stopped by Oakland’s historic Fox Theater, where they cranked out gems like “Punching in a Dream”, smash hit “Young Blood”, and epic sing-a-long of “Rolling Waves”. They brandished a light show worthy of some of the largest arenas, hypnotizing fans into a dazed stupor. When the house lights dissolved the illusion, people just blinked around confused, wondering if what had just happened was real. Photographer Ted Maider was on the scene and attempted to bottle this magic for your leisure.