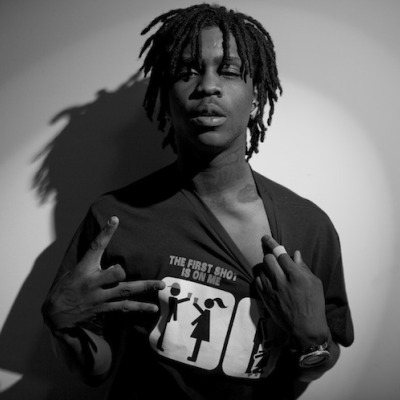 According to The Chicago Tribune, Chief Keef has been sentenced to 20 days in a Cook County, IL jail after violating his parole. The 18-year-old rapper, born Keith Cozart, tested positive for marijuana.

In May, Keef was arrested for speeding after going 110 in a 55 mph zone, and was also cited for having too many passengers in his vehicle (Keef had a learner’s permit, which allows for just one passenger.) Under terms of his plea deal, Keef was sentenced to 18-months probation, ordered to perform 60 hours of community service, and fined $531. He was also ordered to complete eight hours of traffic school, and submit to random drug testing.

Keef also remains on probation in Illinois stemming from an incident in 2011 in which he pulled a gun on a police officer. Earlier this year, he was sentenced to 60 days in prison for violating his probation after he was filmed firing at a gun range in a promotional interview. Last month, he was found in contempt of court after failing to pay child support.