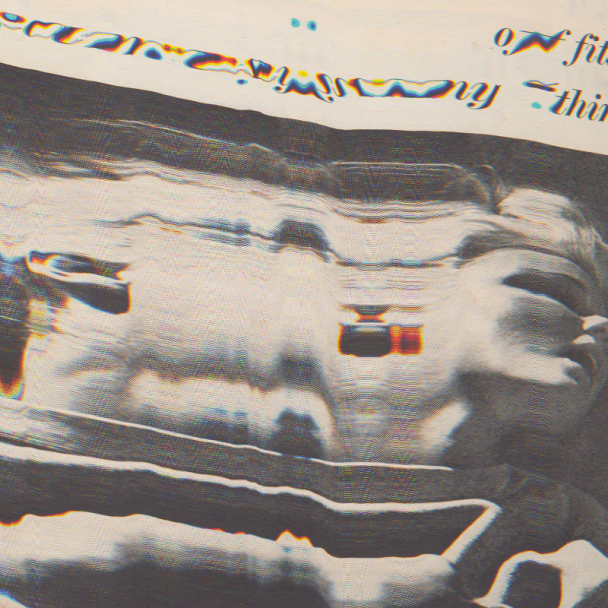 The contemporary notion of consumerism entails that the end product is more important than the process itself of engineering something. Yet, there’s a life unto the creation of an object in itself — resourcefulness, scrappiness, and improvisation hold a value that celebrates humanity’s continued work amidst the growing prominence of machines. Eardrum-assailing Brooklyn duo YVETTE count among the rebellious faction interested as much in the process as the product.

Released on DIY label GODMODE, YVETTE’s new album, the aptly titled Process, is concerned with peeling off the excess that overshadows the engineering of a quality product. The result is a lean yet aurally complex record that embodies New York to the core. Like so many before them, YVETTE are focused on tracing the movements that the concrete American monolith has on humanity. Process thematically deals with the issues and intricacies of the city, its shifting states of nature, its methods of expansion and growth, the myriad mirroring surfaces, and the predominant conception of nothingness.

Most notably, Process uncannily mimics the sounds of the city, from constant construction to the white noise produced by passing chatter. The industrial clangs of album opener “Pure Pleasure” harks back to the mysterious mechanic pleasures championed by Joy Division, but with a newfound post-punk zeal. Close your eyes and “Tempered Glass” could be the clangs of beams and jackhammers assailing a cracked sidewalk. The Swans-esque contortions of “Mirrored Walls” and the abrasive whirs of “Carbon Copy” produce a claustrophobic effect, like when you stop and take stock of that buzz underneath your feet, the one of so many lives coexisting in a contained space. “Absolutes” resounds like the warning howls of a biohazard alarm. The gem of this record comes toward the end, though, with the surging “Radiation”, where vocals fold into tribal drums and electronic swirls, growing outward like the city’s sprawl.

In terms of the seminal albums that define New York, Process comes closer to the thrashes of White Light/White Heat than Is This It. This record is unapologetic, a direct challenge, coming at you, fast, in all directions, and demanding to be turned up to unholy volumes. Perhaps the only discernible flaw is its inaccessibility to a general listener; there are no hits here. Much like the city, noise records aren’t for everyone. Process is a reminder of how a noisy set of songs can be dangerous, gripping, and sentimental all at once, much like a good city. In the era of extraordinary machines, YVETTE’s Process is abrasive yet still human to the core.