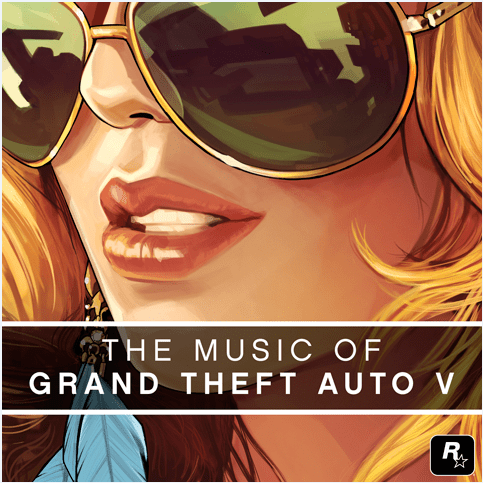 Grand Theft Auto V cost over $265 million to make and made over a billion dollars in its first three days on the market, shattering not only records for video games but for the entire industry of entertainment products. While much of the credit goes to the nearly endlessly interactive gameplay and the beautiful bleeding together of art and technology, there are many intangibles that game developer Rockstar Games paid equal attention in order to make the game a well-rounded experience. One of the most notable of these is the expansion of the in-game music, with 20 hours of an original score and 15 radio stations hosted by notable musicians.

This was the first game to incorporate an original score, recorded over several weeks by New York hip-hop stalwarts Alchemist and Oh No, German electronic act Tangerine Dream, and Woody Jackson, who had worked on the music for the previous games. The score plays during single or multiplayer missions, and while the radio is off in whatever vehicle you’re driving. Fitting with the game’s penchant for aping movies and pop culture, the score is dynamic to say the least, with songs sounding like they’ve been ripped from the Drive soundtrack one minute and Beverly Hills Cop the next. “We Were Set Up” is a Tarantino-esque anthem, full of horns and powerful drum beats. “Los Santos at Night” contrasts a wavy bass line and glitchy piano and snares, sounding akin to something from Shaft.

The radio stations offered in this game cover a vast genre pool, from Channel X hosted by Black Flag’s Keith Morris to Space 103.2 hosted by Bootsy Collins, and the selection never grows stale. Other notable hosts include Flying Lotus, Wavves, Twin Shadow, and even Pam Grier, the combination of original music contributed to the game and licensed tracks making simply driving around one of the most pleasurable aspects of the game. The attention paid to the musical aspects of the game is extreme, detailed down to stereotyping the kind of music people are listening to when you steal their cars. If you jack a MINI Cooper from a young woman, odds are she was listening to Rihanna or Fergie on Non-Stop Pop FM. If you steal a hillbilly’s four wheeler, you probably interrupted him jamming to Waylon Jennings on Rebel Radio. In the three main characters’ cars, the default stations are always the same: the Kenny Loggins-hosted classic rock station for old school criminal Michael, actual LA radio personality Big Boy’s west coast hip-hop station for up-and-coming gangbanger Franklin, and the all-punk-all-the-time Channel X for Trevor, the greasy meth user who aspires to be a greasy meth kingpin.

The original tracks contributed to the game are all perfectly suited for the environment they’re played in. Tyler, The Creator’s “Garbage” is an encapsulation of Trevor’s mindset, covering all the nefarious activities you could ask for, like “selling Molly and Mary and other various items,” “a couple of junkies gone missing,” and a “task force poured into my fortress, found some lipstick, a couple of corpses.” Twin Shadow added a new track for his own station, “Old Love/New Love” standing as one of his most potent efforts to date. George Lewis Jr.’s howling vocals about romance only serve to punch up the charismatic instrumentals, a lively mix of synths and Lewis’s powerful guitar. Tracks from rising rappers like 100s and BJ The Chicago Kid, indie stalwarts like Yeasayer and Neon Indian, and punk rockers OFF! and Wavves only serve to create a musical experience as diverse as the world of Grand Theft Auto V. In addition to all the new material the game offers, there’s a plethora of already-beloved songs to listen to. Things as current as Kendrick Lamar, Cashmere Cat, and Toro Y Moi share the airwaves with Phil Collins, Johnny Cash, and the Geto Boys.

The music in Grand Theft Auto V is one of the most admirable upgrades that Rockstar Games made in this installment, crafting an entertaining blend of musical tastes that everyone can get on board with. So, whether you want to have your own virtual Burning Man and off-road through the desert on a golf cart and listen to Aphex Twin or fly a blimp into Nakatomi Plaza (that’s right, there’s a Die Hard easter egg in the game) while listening to Eddie Murphy’s “Party All the Time”, the world is yours, and so are the tunes.