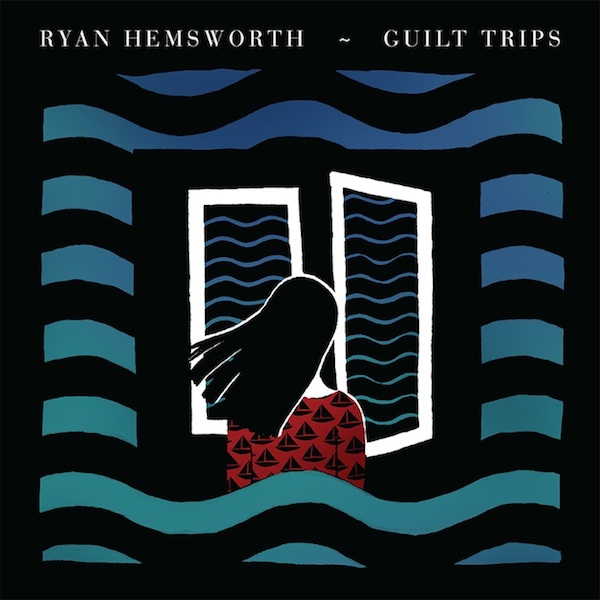 The word most commonly used in reference to Ryan Hemsworth’s music is not an adjective – it’s Tumblr, a proper noun. David Karp’s social networking giant is used by all kinds of people and for a great many purposes, but Hemsworth, 25-year-old producer from Halifax, meshes with its usual calling cards (nostalgic imagery, life-affirming quotes) because he’s clearly paid attention to details. If there’s only one good thing about Tumblr, it’s that it opens up vast pools of information for its users, who then have all the freedom in the world to funnel the images and words into something aesthetic and cohesive. On Guilt Trips, his debut album, Hemsworth collects textures that come off as trendy and limited on their own but, together, sound bright and even. It’s the result of a deeply cognizant mind making sense of the infinite.

Hemsworth has done some of his best work producing spacey but well-grounded instrumentals for rappers like North Carolina’s Deniro Farrar, Oakland’s snake-tongued Shady Blaze, and Berkley’s 100s. Guilt Trips, however, never functions as rap music per se, not even during Barbados-born rapper Haleek Maul’s surreal turn on closer “Day/Night/Sleep System”. Saying these songs transcend genre altogether would be giving them too much power, but they’re hard to place, verily. For instance, the aqueous “Against the Wall”, featuring Lofty305, is more like a pop confessional than the left-field rap Lofty has been carving up as a member of Miami rap group Metro Zu. Elsewhere, tricky drum patterns are established but soon dissipate; synths surge but rarely in melodic bursts. Its unpredictability is one of Guilt Trips’ biggest assets, especially during its all-instrumental tracks – the five-and-a-half-minute “Ryan Must Be Destroyed” evokes M83 and even AraabMuzik during its more ascendant moments, Brooklyn duo Mountains at its quieter stretches.

But then, Hemsworth isn’t exactly a dabbler – when he wants, he’s able to buckle down and deliver a production that is, more or less, one tidy thing. “One for Me” is a hazy R&B number with Los Angeles Renaissance woman Tinashe, who floats around the track with her gentle coo – it also sounds distant, like peak-era Brandy. Meanwhile, the Baths collaboration “Still Cold” is as unshakeable as anything off that 24-year-old producer’s May outing Obsidian, with his feathery falsetto and devastating intonations (“If you’re pretty much like this all the time/ Then I’m giving up”) keeping the positively arctic backdrop lassoed.

The question Guilt Trips asks – but doesn’t answer, at least not entirely – is whether Hemsworth should start focusing his efforts on just one or two of the styles here, be it glittering lap-pop, incandescent hip-hop, or diaphanous R&B. The LP never settles on one sound for long before moving, however gradually, to the next. You get the feeling, however, that that’s the point. In this era of blurry genre lines, Hemsworth is one of our leading young producers because of how deftly he keeps things moving. Presumably, he was attracted to one of these styles before he started creating the others, but much to his credit, it’s hard to tell which it is from Guilt Trips alone.

Essential Tracks: “Still Cold”, “Ryan Must Be Destroyed”, and “One for Me”