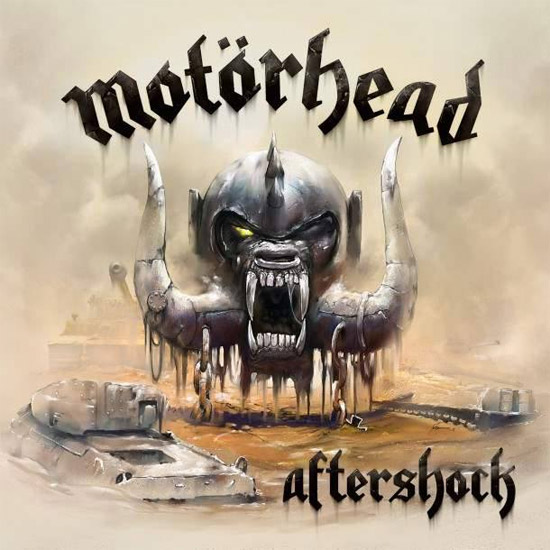 There is no person who personifies rock ‘n’ roll more than Lemmy of Motörhead. On a steady diet of Jack Daniels and speed, this man dedicated the better part of his life to touring and recording records, becoming a singular metal icon and cult figure along the way. Worshipped by superfans and respected by all, Lemmy is unchanged by time (both as a person and as a musician). He’s never conformed to any trend.

Documentary films Motörhead: Live Fast Die Old and Lemmy see him in 2005 and 2010, respectively, still sporting the mutton chops, leather boots, and cowboy hat. He chain-drinks whiskey and cokes, but comes off as welcoming and personable, always up for sharing a personal anecdote or story from his past. “I love my job,” he says. “For me to have done this for the past 30 years… Some people work the same shitty job every day for 30 years. If that were me, I’d probably strangle myself.” The only static member of Motörhead, he’s bewildered that he’s outlasted so many of his old friends and bandmates when it comes to health and artistic consistency. Age is catching up with him—he was stricken with diabetes and heart problems—but at 67, he carries on recording and touring, albeit at a slower pace.

Aftershock is the band’s 21st studio album, and it’s as ferocious as anything they’ve ever done—a venerable achievement considering this Motörhead lineup has been together for almost two decades. Most bands stop giving a shit at this point, but not on Lemmy’s watch. He, guitarist Phil Campbell, and drummer Mikkey Dee share a kind of symbiotic relationship, in that they’re distanced from one another in their personal lives, which allows them to spend so much time together on the road without things falling apart. Lemmy doesn’t consider Campbell and Dee his brothers; rather, he calls himself the band’s “weird uncle” (fitting, considering Campbell was 12 when he first met Lemmy at a Hawkwind show).

The opening salvo of “Heartbreaker” and “Coup de Grace” are speedy, sleazy, no-bullshit rockers that quell any doubts that Motörhead have weakened. Everything’s still, ahem, fast and loose, with Lemmy howling about tough love, the absurdity of politics, and all things badass. His scratchy croak—tattered by decades of howling and sucking on Marlboro Reds—grows scratchier and croakier with every album; yet he still gets his point across emphatically. Except for the growing agedness in his voice, Aftershock is vintage Motörhead.

In the record’s press release, Campbell touted the songwriting variation, which has been an Achilles heel for Motörhead and most hard rock bands: How do you change the pace without stifling the attitude and killing the momentum? The band shift to a lower gear on southern blues ballad “Lost Woman Blues”, which depicts a rare heart-on-sleeve Lemmy emoting about a lover that left him: “You know my woman left me all alone/ enough to make a man go blind.” These occasional slower tempos keep Aftermath from turning into a blur of distorted bass and riffs, but Lemmy’s not one to dwell. The song’s latter half ditches the sap as Dee’s drums kick in and Lemmy says “good riddance” to the girl in question. “Ain’t no turning around,” he yells during the final stanza, always one to get the last laugh. “Dust and Glass” shares a similar gradual progression, and its strategic placement in the track list helps pace the album.

At this stage in their career, Motörhead couldn’t care less about innovation or ingenuity. Although Aftermath isn’t all that different from the other albums they’ve released, it’s straightforward no-frills rock ‘n roll, visceral and fun, as only Lemmy and Motörhead can play it: a testament to a band that never betrayed its own personality for money, fame, or legacy.