Girls Names – The Next Life 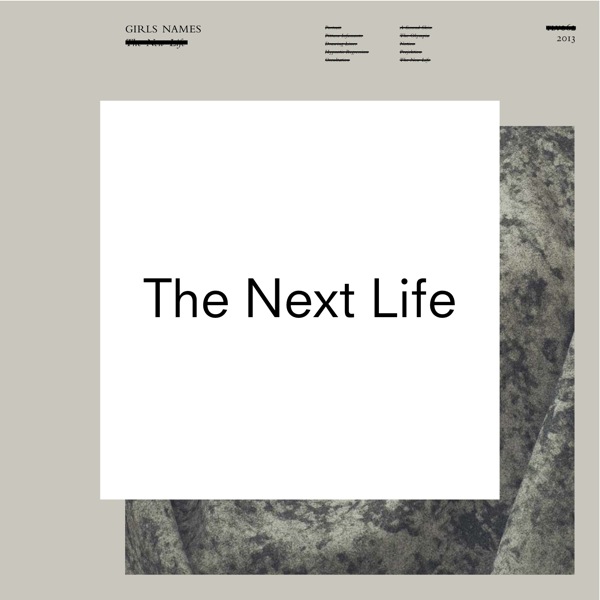 Morbid atmospheres, a deadpanning vocalist, and reverb-laden guitars with a bit a chorus flange. It’s a bit difficult to think about Icelandic quartet Girls Names without The Cure or Joy Division passing through your head at least once. The music video for “The New Life” even features a visual aesthetic similar to the cover of the latter’s epochal Unknown Pleasures. But, if there’s one thing that The New Life – Girls Names’ sophomore LP – teaches, it’s that lo-fi detachment is a path that’s best tread lightly. Joy Division stabbed at hollowness with a combination of malaise and nihilism through those reverberating guitars and Ian Curtis’ devastating presence. The New Life, on the other hand, was just…well, hollow, vocalist Cathal Cully ghostly rather than cathartic. That record was a disappointment after Girls Names’ debut LP, Dead To Me, which burst with life, contrary to its title. In another unintentional tinge of irony, Girls Names don’t sound at all renewed or even alive for a majority of The Next Life EP, the projects further pulling the band away from Dead to Me’s sparkle, with even duller results.

A majority of The Next Life EP contains remixes of The New Life’s more solid tracks, including two for the decent, but overlong “The New Life”. Instead of adding any sort of flavor to the track, the new versions further strip the tracks of their liveliness, covering the songs with a chrome finish, the results inhuman and distant. Both takes inject synths and electronic ambiance into the original, with the David Holmes remix adding more density to the percussion and Optimo’s JD Twitch cranking the BPMs on his. They both also add an odd effect that warps Cully’s voice in a blend of alternative and chopped and screwed, which would be kind of groundbreaking if it was intentional and sounded more pleasant. The disappointment here doesn’t quite reach the low of Gabe Gurnsey of Factory Floor’s “Projecktions” remix, a steely electronic wasteland.

The Next Life’s two other songs are the fuzzy, forgettable “Visions” and a cover of Brian Eno’s “Third Uncle”. The cover doesn’t touch the shock of the original, but each part feels far more dynamic than anything else in the set: the helter-skelter nature of the guitar, the manic drum work, Cully taking in all the atmospherics from the center. It’s refreshing to take a step out of grayscale for a change.