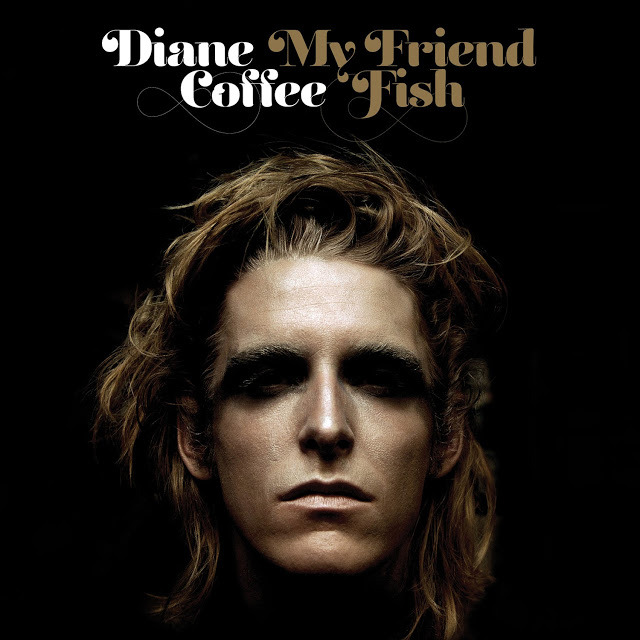 The artist is no dusky Brazilian beauty; rather, Diane Coffee is the new solo project from Californian Shaun Fleming, last heard drumming with psych outfit Foxygen. The name may have origins in Twin Peaks, as we recall Special Agent Cooper dictating to his mythical secretary, Diane, and regularly grandstanding about the coffee served by the locals. As for the album title, My Friend Fish, your writer has drawn a blank trying work out who Fish is (there was one in a percolator, but it wasn’t notably friendly). Still, both halves of the equation on the album spine tend to prepare you for something enigmatic and, on that score, My Friend Fish does not disappoint. The 10-track album is the product of two weeks of hard labor with a flu-ridden Fleming holed up in a tiny Manhattan apartment, reportedly with a set of make-do instruments and an iPhone voice memo app.

As a child, Fleming provided voice-overs for kids’ cartoons. His vocal style follows a similarly theatrical style, nasal and muffled for much of the time, though able to conjure up unexpectedly warm lead lines and lush harmonies. The latter peak on the graceful “Tale Of A Dead Dog”, which channels ’60s psych folk in tribute to The Turtles, yet also boasts harmonies a contemporary act like Fleet Foxes would cherish. Less conventionally, album opener “Hymn” takes a small cue from the anarchic song structures favored by Foxygen, whose Jonathan Rado assists with a couple of tunes here. Fleming wraps arms around listeners with jangling guitar, resonant organ, and percussion before letting loose a punky rock ‘n’ roll break towards the end of the song.

The opening tracks don’t really prepare for the melting pot of ideas and musical styles that Fleming employs on the record. The bluesy, yet energetic “New Years” borrows a riff from Elvis Costello’s “Pump It Up”, while the lounge lizard in Fleming lends “All The Young Girls” the feel of Diamond Dogs-era Bowie. Elsewhere on the record, Fleming throws in lo-fi and garage rock with a helping of psychedelia and curious balladry, whether it’s decrying “that woman is a sin” in “WWWoman” or talking hot Thai sauce in “Eat Your Love”. Through those vast differences, My Friend Fish proves its geniality, as Fleming’s vocals and personality go well with just about everything.

Essential Tracks: “Tale Of A Dead Dog”, “Hymn”, and “All The Young Girls”