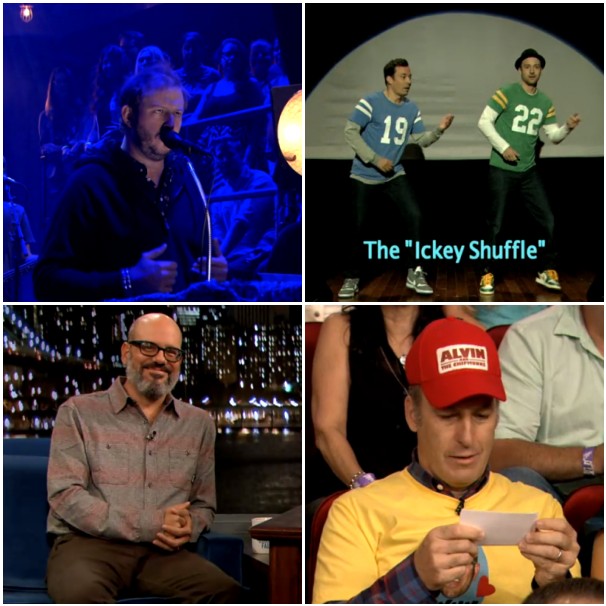 How’s this for a lineup? Tuesday night’s episode of Late Night with Jimmy Fallon featured appearances from music’s two greatest Justins, along with Tobias FÃ¼nke and Saul Goodman. Your move, Arsenio.

Justin Vernon’s other band, Volcano Choir, made their network television debut. Supporting the release of their sophomore album, Repave, Vernon and Co. performed the track “Byegone”.

Meanwhile, Justin Timberlake joined Jimmy Fallon for yet another instant classic of a sketch. Watch the two dance through the history of touchdown celebrations:

Hopefully Jimmy had a nice spread set up backstage. And hopefully JT and JV got to talking about a potential collaboration, because wouldn’t that be fantastic? Update: Oh, hey… they did actually meet: