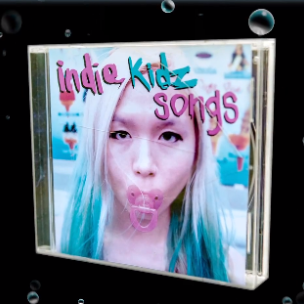 Last December, guitarist Adam Horne of the CoSigned outfit Bear Ceuse released Merry Indie X-Mas, a collection of holiday classics sung in the hilarious and spot-on style of Bon Iver, Gorillaz, and Interpol, among others. Today, Horne unveiled the second volume in his spoof-tastic series with Indie Kidz Songs, sending up the ceaseless volumes of kid-friendly cover compilations ala Kidz Bop.

While you should bump the whole thing at your next kiddie yoga session, the 12-track effort has a few must-listens: an unbelievably dead-on Grimes doing “ABCs”; Chief Keef’s trap version of “Old MacDonald”; Vampire Weekend’s take on “I’m A Little Teapot”; Pixies’ funkified “B-I-N-G-O”; Nine Inch Nails (!) busting out “Mary Had A Little Lamb” (!!); and Danny Brown’s bangin’-but-insightful rendition of “Eat Your Vegetables”. Maybe if this were an actual release when I was a kid, I wouldn’t be such a high-strung disaster with a fear of bugs and a Vitamin C deficiency.

Check out the album’s infomercial below, which features some of the finest acting this side of a Slap Chop commercial. Or, skip right to the album just in time for that all-important afternoon nappy nap (via ANIMAL).