I Believe in Kanye West 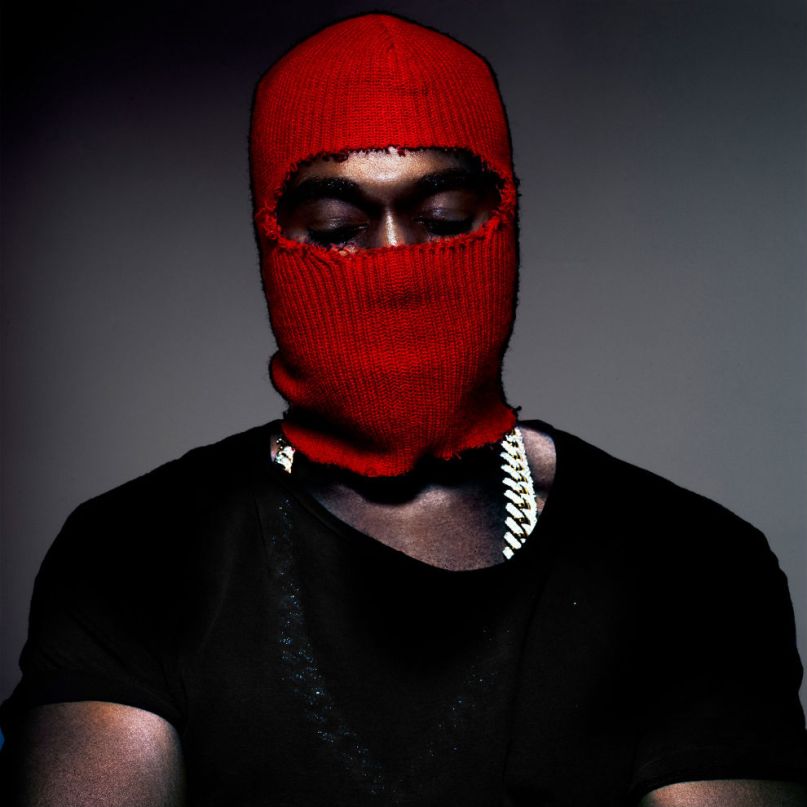 Welcome to Answering Machine, a new weekly column where Editor-in-Chief Michael Roffman (@michaelroffman) will voice his opinion on the latest top headlines, which might include new music, various controversies, and publicized conflicts. He’s likened this to a Town Hall discussion of sorts, so please feel free to voice your own two cents below.

“God I fucking hate him.” Seven years ago, that’s all I would say about Kanye West. Ever. In fact, I remember going off on a long tirade to fellow staffer (and then former college mate) Dan Caffrey about his polarizing Rolling Stone cover — y’know, the one that portrayed him as this fallen savior a la Jesus Christ? I just couldn’t get past that degree of egotism and I found myself spitting things out like: “Who the hell does this?”, “Don’t people see right through him?”, “He’s put Christ back on the crucifix”, and “What’s he dying for again?” In hindsight, it was a hypocritical rant considering I could a.) care less about the image of Jesus Christ and b.) had hardly given Yeezy a chance. To me, though, it wasn’t about the music — even if Michael Jackson or Paul McCartney had done that shoot, I’d still read it scoffing like my old cynical self — it was the idea that someone could be so antagonistic and corrupted to believe he or she, indeed, deserved the image of the proposed Son of God.

(By the way, I’m not a Catholic. I was raised by a Methodist mother and a Jewish father, who both practice their respective religions like I read tons of Tea Party paraphernalia. That still didn’t stop them from enrolling me into Florida’s more self righteous Catholic high school. The scars are still there. Clearly.)

Since then, he’s only embraced his own religiosity. His latest album’s titled Yeezus, there’s a track called “I Am A God”, and said track is even credited to featuring God. Earlier this summer, he extolled his self-obsession to W Magazine with more chest pumping, calling himself “the No. 1 living and breathing rock star” and defending “I Am A God” with a blunt rebuttal: “I’m not going to sit here and defend shit. That shit is rock ’n’ roll, man. That shit is rap music. I am a god. Now what?'” His tour poster, which paints a portrait of him being abducted into the heavens, only further sells his messianic complex, and might further explain why he recently commissioned Joy Division graphic designer Peter Saville to design a logo for himself. Odds are it won’t be the cross, but hey, all bets are off at this point. After all, it’s not like he hasn’t had the appropriate posturing.

(One of my theology teachers terrified me with Jonathan Edwards’ demonizing sermon “Sinners in the Hands of an Angry God”, which attempted to convince everyone they’d go to Hell if they didn’t repent, confess, vote Bush, or whatever. I didn’t buy into it, and still don’t, but the fear tapped me on the shoulder every now and then. Let’s just say I didn’t sleep well to Dante’s The Inferno.)

Here’s the thing: Nobody’s making better music than Kanye West right now. He’s the only artist these days that can throw around the term auteur without being ironic, and he’s the rare artist with a flawless track record. The College Dropout (2004), Late Registration (2005), Graduation (2007), 808s & Heartbreak (2008), My Beautiful Dark Twisted Fantasy (2010), and Yeezus (2013) are all critical darlings for crucial reasons — they’ve not only evolved Ye’s brand and musicianship, but the genre of hip-hop itself. Even his collaborative work — 2011’s Watch the Throne and 2012’s Cruel Summer — expanded his wealth of talent, from crafting the first arena rap album to tinkering with the still-young trap genre, respectively. In other words, whatever he touches turns to gold… as biblical as that reads.

(Faith is a sore subject for me. I don’t really believe in a lot of things, and so much of it comes from my overall mistrust of institutional figures and a conditional disrespect for anything tied to religion. I read about miracles for close to two decades and never saw any proof exhibited; I read about scripture praised by many who never even followed its teachings. The idea of faith is a fool’s game to me.)

“There would be no Kanye West without Michael Jackson,” West recently told Zane Lowe in what I feel is the most important interview of his career. He added, “I’ve reached a time in my life when my Truman Show boat has hit the painting. I got to a point Michael Jackson did not break down. I have reached the glass ceiling.” Until yesterday, I’ve never really agreed with anything West has said aloud. Yes, since my Rolling Stone diatribe seven years ago, I’ve grown to love Kanye West, the Musician, but only because I’ve always shifted my focus away from the Kanye West IRL. All of a sudden, though, he’s been making a lot of sense. It’s true that there wouldn’t be a KW without an MJ, but it’s even more startling that Yeezy’s “glass ceiling” metaphor is on-point. He might not have the universal pop hits that Jacko did, but he hasn’t burned out, or faded away, or hit a creative dip like the late King of Pop. He’s still going…and at an alarming rate.

(I guess the only thing that’s made sense to me has been pop culture. The action stars, the inked heroes, the TV legends, and the very best musicians — I can believe in those.)

It’s his uncompromising impulses to create and change, at no matter the time or cost, that’s worked in his favor. Whereas Jackson attracted the talent, and eventually used them as a crutch (metaphorically, people), Yeezy has embraced his surrounding contributors and pushed them into unknown territories. It must be terrifying working with the guy, simply because there’s almost zero chance of knowing where you’re going next. That’s a pretty honorous characteristic for an artist-turned-leader, supporting much of the praise he’s received and built up for himself over the years — yet there’s so much more to him. One quote that towers over his skyline of responses to Lowe suggests this: “People think my motivation is very megalomaniac and self-motivated. To the contrary, I just want to help.” He’s never said a more honest statement in his life. Think about all the people he’s pushed to the top — get back here, Jay — and then write down the names of those that have returned the favor. Wouldn’t you feel like a messiah? Now, I sincerely doubt Yeezy had enough foresight to see how paramount his influence would become, but then again, I also scoffed at his crown of thorns.

Consider me a believer.