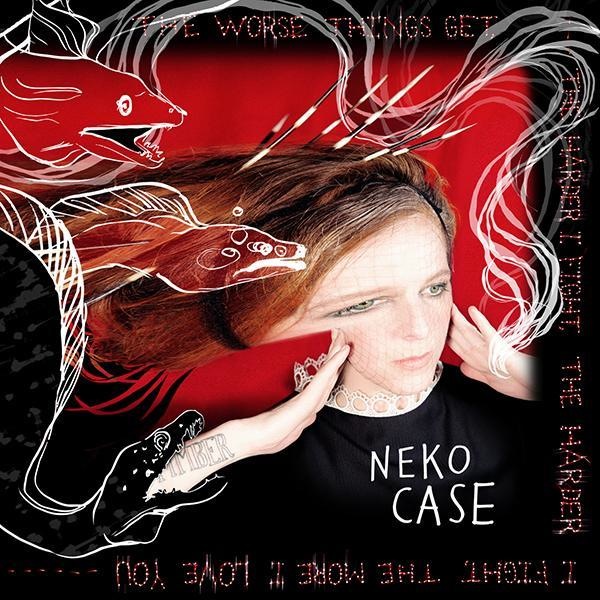 For years, Neko Case conceptually detached herself from her own songs. The lyrics were fantasies and metaphors, rarely delving into personal subject matter — a disconnect that allowed her to go anywhere and write about anything. Some songwriters get introspective; Case chose to have unlimited options.

While her conceits varied, Case still had a recognizable, unified style. Often brazen and to-the-point, her words hit with unforgiving clarity, sung through a wildly melodic, twangy croon. Even on her 1997 debut, The Virginian, it was apparent that Case was a singular talent. When she reached No. 3 on the Billboard charts with 2009’s Middle Cyclone, it felt like justice. She earned her mainstream arrival through long hours in the studio, producing, writing, and recording her own records, in addition to touring relentlessly both as a solo act and with The New Pornographers.

Then she disappeared. Sort of. A glance at Case’s Twitter revealed new witticisms almost daily — she was still alive and well — but creatively, she was brooding. The hiatus between Middle Cyclone and her latest effort, The Worse Things Get, The Harder I Fight, The Harder I Fight, The More I Love You, wasn’t necessarily a midlife crisis for the 42-year-old, but rather a series of crises in midlife. Her father passed away and she fell into depression — “super normal human stuff,” she told CoS contributor Max Blau in our cover story this month. As she fiddled with new songs, her emotional state became harder to ignore, eventually becoming the muse for The Worse Things Get. “This record was really autobiographical because my mind didn’t have room for anything else,” she said.

Catharsis runs through these 12 songs, but Case isn’t being mopey or trying to win our sympathy. At her most vulnerable, she’s still her fiery self, dropping poetic F-bombs and singing refrains like, “I’m a man, you deal with me directly.” That phrase comes from lead single “Man”, a seering rocker and the album’s most aggressive track. With M. Ward adding a fuzzed-out guitar (the LP also touts collaborations with members of My Morning Jacket and Calexico, among others), Case proclaims that she’s not “your identity crisis, this was planned.” It’s as if she’s saying, “Look, I’m obviously a woman, but you shouldn’t treat me any differently because of that.” She commands respect. Always has.

Aside from “Man”, The Worse Things Get is a softer affair that floats between melodic rock, folk, and country — often in the same song. It’s akin to Fox Confessor Brings the Flood in this way: musically amorphous, yet perfectly suited for Case’s unpredictable compositional style (which her peers credit to her lack of formal training). She can pull off sincere romanticism (“Calling Cards”, “Local Girl”), sparse cover songs (“Afraid”—Neko covering Nico), and an eerie a cappella track (“Midnight in Honolulu”), all with tact. The latter is arguably the record’s most arresting moment. Only a faint hummmm is heard as Case recounts verbatim an exchange she heard between a mother and daughter while waiting for a bus in Hawaii. “Get the fuck away from me,” she sings from the perspective of the mother. “Why don’t you ever shut up?” Case was so taken aback by what she’d heard, and concerned with the consequences it might have on the child’s life, that she had to present the situation in song, no musical accompaniment.

A lot of these emotionally dense tracks feel like they were written out of necessity. Sure, Case was due to drop a new record and follow up on Middle Cyclone‘s success. But The Worse Things Get, as she tells it, is the result of a specific set of circumstances in her life. It’s wholly solipsistic. By nature, the listener is alienated, as we tend to care most about the songs we can relate to. But The Worse Things Get isn’t about us or even for us. These 40 minutes belong to Neko Case. It’s her cleansing.