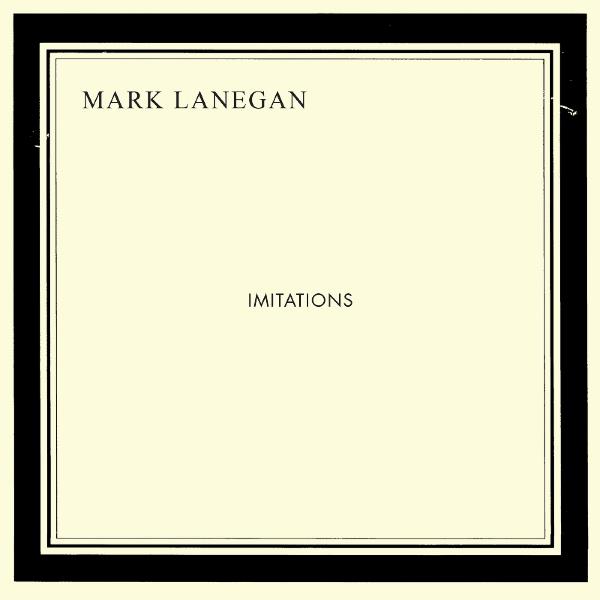 Most cover songs employ the understanding that the perform is in a position to elaborate upon a piece of music that already bears another’s identity, that they posses such creative gifts that their interpretation of a revered work is a rewarding experience for themselves and the listener. While there are exceptions, cover records regularly amount to unwarranted filler fare and blatantly self-indulgent statements of narcissism. Mark Lanegan’s gravelly baritone can tackle just about any song, filtering it through his somber pipes providing new life. Lanegan could sing the text of court documents and make something rewarding of it. So, yes: a  covers record from Mark Lanegan is one of those exceptions

With Imitations, Lanegan pays tribute to heroes like Andy Williams and John Cale, nods at the work of contemporaries including Nick Cave and Chelsea Wolfe, and sidesteps the rockstar bravado of most covers albums with a timeless, dour tone. As a testament to Lanegan’s ability to augment the very essence of a song with his funereal croon, one need not look any further than his take on “You Only Live Twice”, most commonly associated with the performance Nancy Sinatra provided for the 1967 film of the same title. The track has been covered by everyone from Coldplay to Björk, yet Lanegan’s scaled back performance — limited to his haunting vocal and a pair of intertwining acoustic guitars — presents the track in a new way, but without wandering so far from the original that it loses purpose.

Lanegan’s personality is present throughout Imitations without defiling the spirit of the originals, the best attribute of any cover. The songs are generally sparsely adorned and make for an intimate experience with one of the most unique voices in all of music.