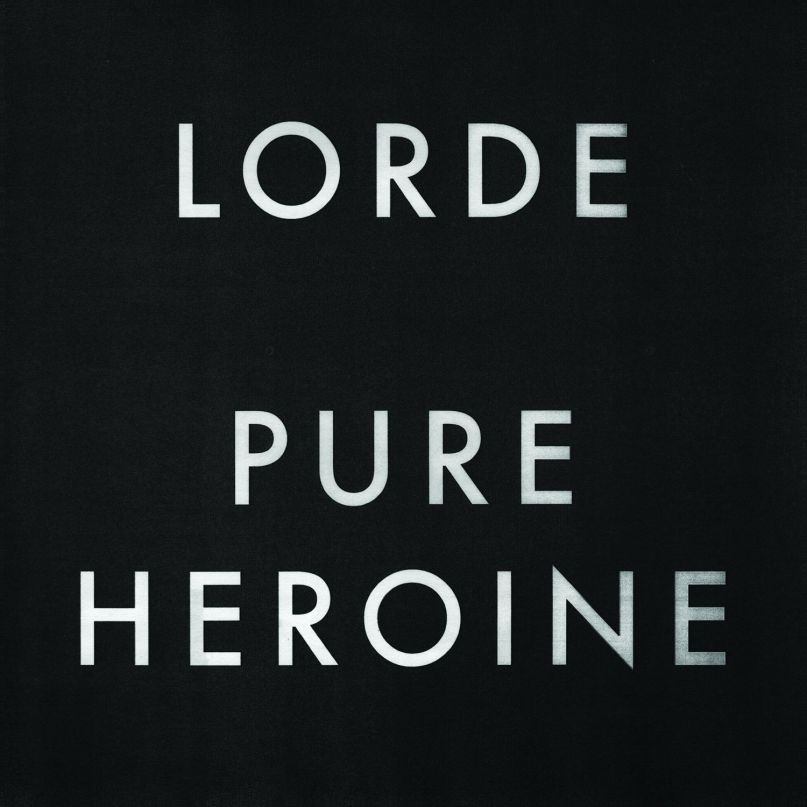 By nature, we’re all pretty dumb at the age of 16. With limited life experiences, developing brains, and a multitude of authorities telling us what we can and can’t do, it’s a recipe for disaster. This is the age when we’re supposed to make mistakes. In some proportion or another, there’s high school, drugs, dating, drinking, hormones. Heck, some of us are still wondering about our own sexuality (and others are too sure of it). It’s just a clusterfuck of an age.

And then there are 16 year olds like New Zealand native Ella Yelich-O’Connor, a.k.a Lorde, a born artist, discovered at a talent show by Universal’s A&R people when she was 12 and put on a direct path to stardom. Sounds like the story of every fabricated pop starlet with a golden voice who lucked into a major-label deal, except, in addition to being an excellent singer, Lorde writes her own songs, citing influences like Burial and The Replacements. And, her lyrics are self-aware and cognitive. The world-class hit “Royals” is as self-reflexive as it is catchy, an anthem for those who value living life over earning money (while still romanticizing the idea of being rich). She’s of the Fiona Apple school of starlet, the antithesis of her Top 40 peers.

But, while Lorde might be beyond her years as an artist and songwriter, she’s still very much in her middle teens on Pure Heroine. Only she’s disillusioned, having lived in her hometown of Auckland all her life, already feeling like a townie. “Pretty soon I’ll be getting on my first plane/ I’ll see the veins of my city like they do in space,” she sings on opener “Tennis Court”. On “Royals”, she admits to not being “proud of [her] address.” Yet, throughout the record, she drops hints that this pretty normal lifestyle — the hanging out with friends, the cliques and in-crowds, the doomed juvenile relationship —  are a hell of a lot better than being famous and having to do famous-people things: “How can I fuck with the fun again when I’m known?”

Which brings upon an interesting quandary when listening to Pure Heroine: She’s singing about going to the movies and underage-drinking at a party, yet you know she’s already one of the most famous people in her country and well on her way to international celebrity. Maybe she wrote these lyrics before “Royals” blew up, maybe she didn’t (she probably did). Regardless, it creates the weird effect that Lorde is waxing nostalgic over distant memories, the experiences she had but can never have again now that she is very much “known.”

Yelich-O’Connor co-wrote the majority of Pure Heroine with producer Joel Little. Musically, they create a sort of muted electro-pop, reliant on pulses and deep bass rhythms, and they rarely stray from these aesthetics. The minimal production allows Lorde to sing any melody she wants, layering them over one another to create a choral effect on tracks like “Ribs” and “Buzzcut Season”. Aside from an understated synth line and some snares, it’s just her voice and her words. When the duo stray from this approach (as on the awkward hip-hop inspired “Glory and Gore”), it throws off Pure Heroine‘s otherwise consistent vibe.

The record’s cohesion was by design, as Lorde has stated in an interview that she values the “body of work,” the songs complementing one another sonically, emotionally, and thematically. That’s what makes this debut so remarkable. Although the singles stand out vibrantly, Lorde and Little picked out a series of comparable compositions that work well together. Right when the record starts to lull or sound same-y, they throw in a little wrinkle, like the joyous, bouncing beat on “White Teeth Teens” and the massive chorus on “Team”.

Lorde’s clearly a gifted songwriter for her age, but don’t let the novelty affect your perception of Pure Heroine. It’s a very grown-up album despite its teenage topics, and if you give a damn about good pop songs, then you owe it a listen. This girl writes from the heart and generally cares about what she’s communicating in her music. Her career arc should be an interesting one. If the songs on Pure Heroine are the tales of her exploits as a teenager, pre-fame, then what will her songs be like post-fame, as an adult? The normal life she yearns for won’t be easy to achieve as an international pop star, a life she seems all but destined for.