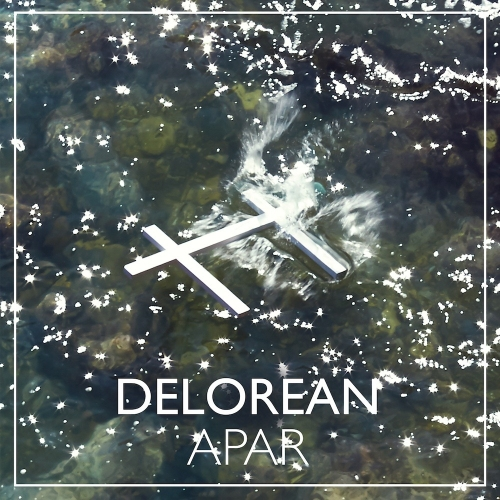 What happens when a band abandons something tried, true, and unique for something more pop focused and “accessible”? The answer, usually, is a whole heap of disillusionment. The case, however, for Delorean’s Apar is a bit more complicated.

On Apar, the Barcelona-based, English-driven alternative dance group renounces what made Into the Plateau and Subiza so rhythmically moving. And as semi-alluded to by its name (if the English-speaking audience were to readily extend a t to conclude the title), there is a significant departure and separation from past work. Everything on Apar is definitely more produced: the vocals are clearer, choruses are catchier, and the addition of Chairlift-esque female vocals adds variety to the album’s song structures. What’s lost, however, is the incredibly upbeat intensity of Delorean’s previous work.

Apar’s opening track and previously-released single, “Spirit”, is the album’s best single-track embodiment. That and immediate followup “Destitute Time” open with similar heavenly female vocals, which act as a fluid backbone for the remainder of the record. On the catchy, emotionally-driven “Dominion”, vocalist Ekhi Lopetag sings that “death shall have no dominion” atop bouncing piano rhythms. This and closing track “Still You” are Apar’s two most captivating hits. Un-coincidentally, they’re the closest-sounding to the strong Ayrton Senna EP and Subiza. Tracks in between breeze by, barely registering.

It’s difficult to grasp why Delorean may have made this shift in genre and danceability. While Delorean may claim that Apar is their record of maturation because of the record’s increase in production technique and attention to the “rules” of pop, the record still doesn’t feel fully formed.

While it may seem most suitable for the album to be entitled Apart, it’s not. Apparently a Basque term relating to “froth” or “foam,” “apar” is an equally accurate way to explain the bubbly, agitated transition that Delorean seems to be going through.