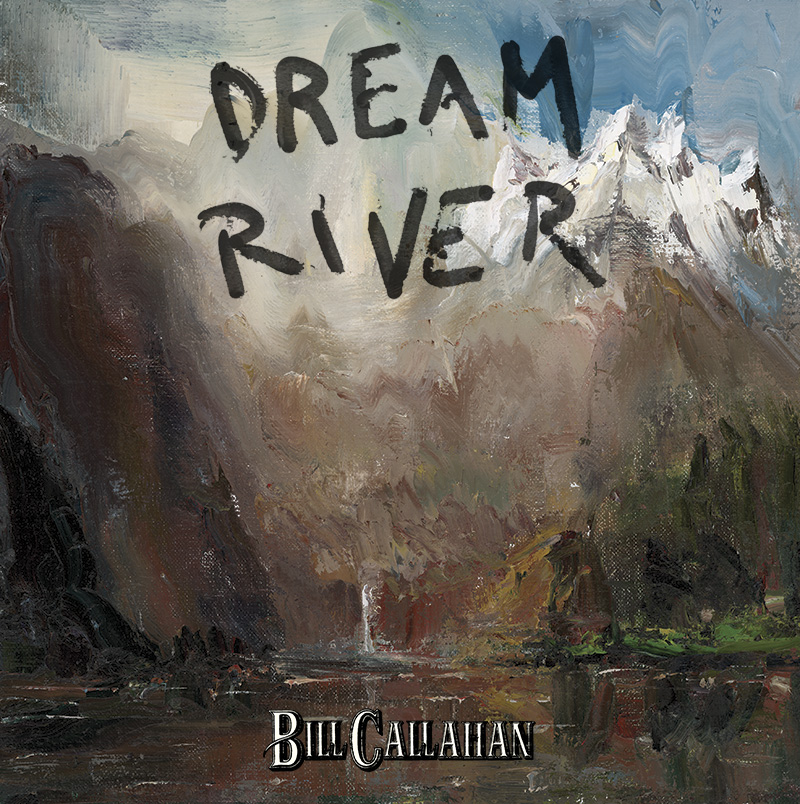 Dating back to the late ’80s, Bill Callahan’s catalog shows the earmarks of a genius. His early material held the scattershot experimentalism of a young writer intent on reinvention, full to the brim with wild ideas, quickly recording seemingly anything that came to mind. Time would see his musical short stories boiled down to their essentials, producing moments of dark humor and stark minimalism that are hard to shake. Whether recording as Smog or under his given name, Callahan offered the opportunity to exist in compressed moments thanks to an ever-increasing focus on precision, diction, and arrangement. He started out a genius, but he became a professional, a trait never as clear as on Dream River.

Rather than any musical counterpoint, the album’s chief comparison could be short story author Raymond Carver. Much like Carver’s collections, the stories are told simply, detailing the deep (and often dark) emotions of the lower class, of individuals left behind by society. Carver’s stories lasted as long as a match struck on a cheap, half-empty matchbook, yet held the emotional intensity of a bonfire. These were often men wandering the country from menial job to menial job, finding lonelier room on the outskirts of town, and further into the smaller towns beyond.

Thanks to the rich clarity of his delivery and the prominent place that the vocals take in the mix, Callahan’s lyrics cast a long shadow over the rest of the album, allowing the literary connotations to carry over into analysis. The characters in Callahan’s work have some serious echoes of Carver’s. The narrators of Dream River are driving long distance and listening to their trucks’ radios, painting names on boats for a few bucks to sock away for the winter, and mumbling the word “beer” to a bartender, barely strong enough to interact with society. They live in what is never identified as but could easily be the mythic “Northwest,” a place of expansion and wilderness, where they are charting seagulls in the chilled sky, gazing towards the mountains, and driving down dangerous, snow-covered roads.

But, where Carver’s stories were largely set in the downtrodden small towns between the logged forests, Dream River passes directly through the trees, showing an acute affinity with nature and the passing seasons. Rather than cowed by its power, or denying it altogether in favor of cheap apartments and cheaper booze, the narrators speak as if they are a part of that whole. Callahan sings about watching the snow melt and delivers the line “I see the true spring in you” as if comparison to the season is the ultimate compliment. The connection with nature in “Summer Painter” takes on a presumption of the supernatural (“When the hurricane hit some found it suspicious that I’d just since left the frame/ like all that time spent down by the water had somehow given me control over the rain”), while “Spring” admits to the timeless dominion of the elements (“the mountains don’t need my accolades”).

The prominence of romantic relationships is another similarity between Dream River and Carver. Where Carver’s relationships were often fraught with pain and melancholy, Callahan’s songs embrace comfort, love, and the passage of time. Where romance in other hands would be wild, passionate, uncontrollable, “Small Plane” finds true love in knowing that his passenger trusts him enough to sleep as he flies them home, an astonishingly simple, yet deep statement of faith. The symbiotic relationship with nature wraps everything together in interpersonal relationships as well: on “Spring”, he slowly croons that  “all I wanna do/ is make love to you/ in the fertile dirt/ with a careless mind.” The ultimate goal is union, with nature and with the beloved, to the point that he can be entirely without care or concern.

In Callahan’s depiction of the world, the passage of time isn’t for marching with a sigh to death; it’s just an extended opportunity to appreciate the calm, happiness, and beauty of the surrounding world. Though on “Winter Road” the journey on the icy roads is at times treacherous, he’s learned over time “when things are beautiful to just keep on.” Though the world turns cold, the leaves fall, and ice covers the river, the narrator of “Seagull” knows that things will turn around. The staccato acoustic guitar mimics snow melting as the lyrics discuss the end of winter, and the sun rises with sweeps of chords, Callahan noting that they’ve gone through some rough patches, but “with all the tolls we pay/ we’ll own the highway someday.”

The accompaniment throughout Dream River is bare, minimalist, Carver-esque, the framework to support Callahan’s vocals. When storms brew, the rhythms build in intensity. When the road stretches on endlessly, the guitar figures loop just as far. Rather than overdo these simple entrapments, take the stage, and emote to the heavens, Callahan takes his laconic time, strolling through and hitting the notes with a measured purpose.

Much like Carver’s collections of short stories, Dream River feels clearly of one piece, though their narratives aren’t explicitly interrelated. They both speak with clarity, never wasting a word. It takes a mature, confident mind to let these thoughts unfurl this easily. Callahan and Carver use a similar set of tools to reveal different views of the world. Carver found moments of emotional depth in the dirty, common, and mundane; Callahan revels in the beauty and power of the moment, seeing it as anything but momentary.