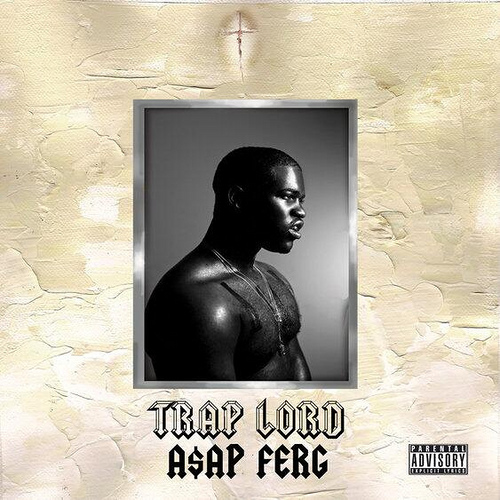 Like the rest of the A$AP Mob, ASAP Ferg has a command on lean-soaked ego builders. After a slow-rolling intro courtesy of ASAP Yams, Ferg’s debut LP, Trap Lord, opens with a spray of gunfire. “Kill that motherfucka with the magnum .44/ ’bout a jump snump, nigga, magnum on the road,” Ferg aggressively cuts through the backing crawl of “Let It Go”. As the Bone Thugs-featuring single “Lord” suggests, when raised with nothing, there are only a few choices to survive a neighborhood rife with violence: find peace or take over the community with drugs and violence. Ferg strides the divide loosely.

Atop the cavernous bass rolls of “Dump Dump”, Ferg exudes an overdose of masculinity — using sex as a weapon against “ratchet hoes” and the feuding fellas that he momentarily stole them from. Waka Flocka Flame crates an even more vivid image of hood violence on the bombastic festival-trap beats of “Murda Something”: “Disrespect, I lay you to rest/ Aim for the head, ain’t no need for a vest/ Can’t nothing protect you from this TEC/ Put shells in your stomach, like pussy you wet.”

Previous ASAP Rocky-featuring singles “Shabba” and “Work (Remix)” (also featuring Schoolboy Q, French Montana, and Trinidad James) add a sense of comedy to these acts of violence, and in turn, make them more digestible for a suburban fan base.

Ferg begins to separate himself from Rocky and the rest of the Mob in his ability to compose heartfelt, blood-soaked ballads. Like Kevin Gates, Ferg possesses a useful street-wisdom that must be shared to balance the many verses about guns, money, and power. When singing the anecdotal verses of “Hood Pope” and “Make Sense”, Ferg allows the listener to sneak a glimpse past his emotional armor.

Originally planned as a mixtape, there’s an unfinished feeling to Trap Lord, which in turn lends a lot of promise to the eventual follow-up. As the phone rings and a painful conversation pulses through “4:02”, a left-field production tilts into view, a sound that deserves to be explored further. That exploration will continue to separate Ferg from his overly imbibed contemporaries.