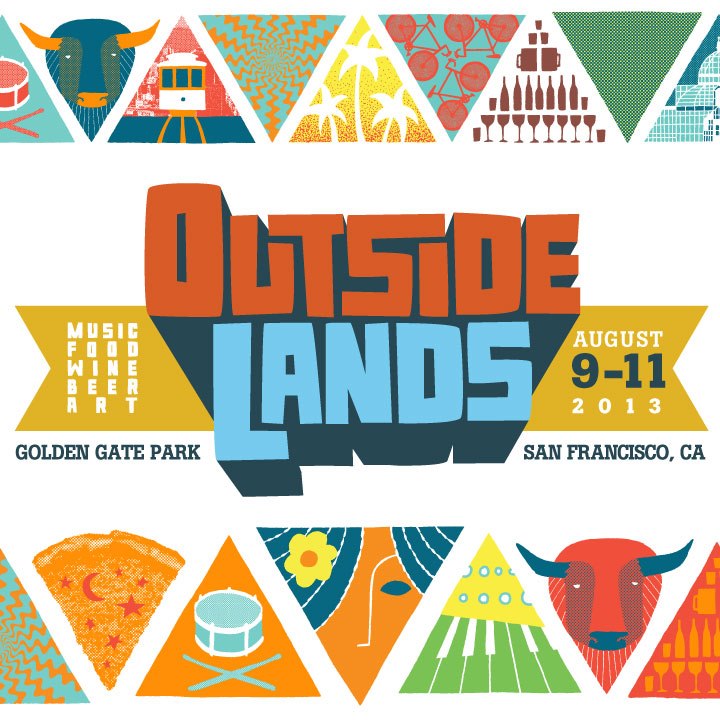 Noon rolled around on Saturday with uncharacteristically clear skies and warm temperatures in San Francisco, along with early afternoon sets in Golden Gate Park from rising stars Gary Clark Jr. and Atlas Genius. My Saturday began with Dr. Scholls, who stepped in to salvage the heels of my shoes that were destroyed by San Franciscos hills on Friday. Probably should have seen it coming: One look at the map of Outside Landss sprawling, disordered grounds, and you start to understand the difference it makes when you have far more territory to work with than other festivals occupying major U.S. cities.

Its a walkers fest. A good 30% of the land between the awkwardly shaped borders within Golden Gate Park is out of the way of any stage  but leads right to handfuls of conveniently blissful distractions essential to these things. Like the Digital Detox zone where all electronic devices are surrendered for board games and acoustic music, or the Barbary tent where TV comedy mainstays Rob Huebel and Wyatt Cenac set up shop. And so, with Saturdays two headliners (Phoenix and Nine Inch Nails) not incentivizing nearly as many attendees to camp out for a couple hours close to the two main stages as Fridays did (Paul McCartney and Pretty Lights  good god that felt weird to write), it was wandering time.

As for the music, just about everyone we were able to catch showed up to play and then some. So read on, unless awesome live music in nature aint your thing.

Read our coverage for Day One here.