The Replacements shrug off 22 years at Riot Fest Toronto. It was worth the wait. 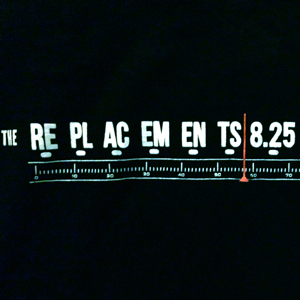 In Nick Hornby’s 2009 novel, Juliet, Naked, the story revolves around a fictional American singer-songwriter named Tucker Crowe, who walked away from a successful career in the late ’80s for a life of solitude. Over the years Crowe’s critically-acclaimed legacy (and to a greater extent, his reclusive nature) spawns a dedicated cult following, one that congregates online to pore over lyrics, persuade/dissuade similar fans on any theories to Crowe’s whereabouts, and speculate on future releases that, for all they know, aren’t even being written. One such fan — the garrulous boyfriend to the novel’s Londoner protagonist — gets so Crowe-crazy he even heads overseas to America in an attempt to relive the singer’s life through various landmarks. He’s not exactly painted by Hornby in a positive light.

It’s been about two years since I’ve read the book, but I remember feeling rather dirty after reading it. Having been a longtime fan of similar recluse Paul Westerberg, the whole experience read like a rude awakening. About a quarter of the way through, I started picturing the shaggy-haired Westerberg slouching around from page to page. (Hey, I’m not the only one.) And at one point, the whole read went full-on meta, especially with passages like this:

There’s always something that passed for news among the faithful, a Crowe night on an Internet radio station, a new article, a new album from a former band member, an interview with an engineer. The bulk of the content, though, consisted of essays analyzing lyrics or discussing influences or conjecturing, apparently inexhaustibly, about the silence.

Like scratching the pockets for dollars in church, I found myself in need of a selfish purge post-Juliet, Naked. A weight of guilt reigned over me for my obsession with The Replacements and, more specifically, Westerberg. How many nights did I waste in college searching through Mats message boards? Was I really that lame enough to play “Here Comes a Regular” at the CC Club’s jukebox that one time in Minneapolis? Why did I feel the need to buy Westerberg’s First Act guitar when I had two Fenders already? And did I actually go months smoking cigarettes, drinking cheap beer, and relying on BBQ chips or frozen pizzas to Be Like Paul? I couldn’t stop thinking about these fanboy sins, and the Hornby-inspired guilt lead to a full withdrawal from The Replacements or anything Westerberg-related for about half a year. Then I realized one thing: This is what happens when you’re obsessed with mystery.

Said obsession likely explains why hundreds of other fans in my similar ol’ scuffed up Chucks ditched their daily lives this past weekend for a late summer trip to Toronto. It wasn’t for the arts, the rock clubs, the poutine, or the city’s inspiring architecture — all added bonuses, in hindsight — but for an hour and 15 minutes with The Replacements at Riot Fest. [Beat.] Even now, while sitting in sweat, muck, and dust post-festival, that statement’s just as farcical to read as it was to write. If only because the band, the music, and Westerberg himself, have felt as real or intangible as Hornby’s own Tucker Crowe. Instead, to paraphrase Westerberg, they’ve become ghosts on the canvas.

The haunting’s never stopped. Since their return, Westerberg’s committed to one interview with Rolling Stone and Tommy Stinson’s been uncharacteristically mum (as if he’s borrowing a page from his other partner-in-crime). Their hilariously quiet social networks have been candid about this shrug off from day one; their Facebook urging everyone to check back “for a bevy of inactivity and a disturbing lack of content.” That wasn’t a lie: Since June, they’ve posted a whopping 11 times, and three of those instances have included elusive rehearsal footage spanning, at most, 19 seconds. They didn’t announce the inclusion of guitarist Dave Minehan or drummer Josh Freese until a week ago, and the most substantial image to surface all summer was Saturday’s confirmation they were even in Canada. So yes, the mystery persists — but then it actually all happened.

“Sorry it took us so long,” Westerberg smirked while everyone gasped. “For 25 years we’ve been having a wardrobe debate…unresolved.” It was strange to stand there, watching him bounce along with a smile (and green high socks, to boot) while he warmed up his guitar. He acted like it wasn’t a big deal at all, like thousands of people weren’t staring with bated breath, wondering and thinking this and only this: Oh shit, that’s Paul Westerberg and Tommy Stinson. What’s Paul Westerberg and Tommy Stinson on the stage for and why haven’t I woken up yet? Once “Takin’ A Ride” revved up, there were screams, people toppled over one another, and it was exactly the type of scene that should exist for the Sorry, Ma… anthem, but there was also a stilted glow in the air, as if the whole scene hadn’t yet registered with everyone.

There was hardly any time to think, though. Within 15 minutes, they rolled through an unpredictable medley of songs, starting with “I’m in Trouble”, continuing with “Favorite Thing”, and shocking with deep cut “Hangin’ Downtown”. That last track insisted that this wasn’t just going to be a stumbling down memory lane — or a Greatest Hits Live — this was something a little more organic and respective of their discography. And man, did it work. Throughout each song, you could hear thousands of voices adding their own harmonies, even on more obscure flair like “Love You Till Friday” or Don’t Tell a Soul B-side, “Wake Up”. Yeah, they went so deep they even touched upon late career B-sides. C’mon.

What’s crucial to consider about this reunion is how these aren’t only the biggest crowds Westerberg or The Replacements have faced in their 30+ year career, but their most devoted. That’s a sigh of relief for the band. Years back, while promoting Pleased to Meet Me, Westerberg once discussed the strange dichotomy of his rabid fanbase, observing: “The record is one thing. The live performance is a total other deal. That’s the way it’s always been, and that’s, I think, our basic problem. The people who love our records — the slow material, the quiet songs — are the ones who hide in the back. And the ones who come up front are the ones who like the loud, raucous stuff. But the ones we really like are the ones who are too afraid to come up and say hello.” Today, everyone’s fighting to get up front, not only to say hello, but to experience the records they’ve made part of their lives.

A few fans have been pretty vocal against the reunion, arguing that it’s not the real Replacements. Well, it’s not, but there’s something pretty special about it. Now that they’re older, there’s a friendly vibe that’s less antagonistic and more downright playful. During songs, Westerberg and Stinson would shimmy up to one another, whisper things in each other’s ear, and start laughing like they were sharing dirty jokes at the dinner table. It’s also obvious that Westerberg’s pretty comfortable with longtime collaborators Minehan and Freese, which helps in preserving the familial spirit. Minehan’s harmonies kept the songs in check, and I couldn’t help but cheer him on when he captured the harmonica solo on “Achin’ to Be” with his guitar. Freese’s moments were aplenty, though his 30+ pieces of flair on “Swinging Party” (dedicated to Slim Dunlap, no less) and “Bastards of Young” hinted that this guy’s more pro than any Mat before him.

That’s including Westerberg. Because it wouldn’t be a proper Replacements gig without a few fuck ups, Westerberg refused to brush the rust of his sleeves, tripping over vocal lines on every other song. It was hilarious though, and added another element to this reunion that separates it from any other nostalgic gathering. “Anybody know the next line,” he asked during “I Will Dare”, and when he attempted the second verse anyhow, he realized his flub, admitting: “I think I sang the second part already.” His Midwestern smile creeped in every time and he received a pat on the back several times from Stinson. He also played this weird game where he’d act like they didn’t already have a setlist in place, asking things like: “Any requests? Should we bother with ‘Androgynous’? No piano…gonna be stiff.” And later, he ran back out to mock the crowd in a Montreal Canadiens jersey, which he wore for the entire encore. Not too shabby for a guy’s who’s kept mum the past decade.

The night could have ended with “Bastards of Young” and that would have been more than enough, especially since it elicited the set’s most triumphant sing-a-long and the drizzle of rain added a little romanticism. Instead, they kept the night going for one last squeeze with “Everything’s Coming Up Roses” off this year’s Songs for Slim EP and Pleased to Meet Me opener “I.O.U.”. They could have gone on longer, maybe even another hour, and that’s why I just can’t call this a reunion. It’s almost like a rebirth; another shot in a cognizant era with millions that actually want to pay attention. They should let ’em.

It’s a strange coincidence that 15 minutes into The Replacements’ reunion performance, the 30th annual MTV VMAs hit television screens worldwide, featuring the biggest names in music today: Kanye West, Daft Punk, Katy Perry, Lady Gaga, Justin Timberlake, Miley Cyrus, and the list goes on. For weeks, the night’s been hyped as a proper return to form, with several think pieces, including one by The New York Times, stressing its relevance with regards to the YouTube generation. I’d like to think that The Replacements still represent a counter to that culture; Westerberg being the anti-hero of rock ‘n’ roll with his venomous tongue and charming wit. To date, the words of his past read as rallying cries for any hapless singer-songwriter attempting to buck the trend. Here’s another gem from the aforementioned Pleased to Meet Me interview:

That ethos is what’s made Westerberg (and, by equal measure, The Replacements) such a relatable enigma to so many generations decades past. He’s a no bullshit guy with no bullshit music; the sort of cynical realist teenagers find in Holden Caulfield, only he’s actually worth championing. That’s why fans of The Replacements can at times sound like obsessed dramatists. Listeners are either apathetic or they just can’t live without them. Last night’s long-awaited return confirmed all of those feelings; a second coming-of-sorts for those who have spent far too many chilly nights on the floor alone, singing Hail Marys to four average heroes on a roof. Whatever happens from here on out, well, that’s a mystery.

Setlist:
Takin’ a Ride
I’m in Trouble
Favorite Thing
Hangin Downtown
Color Me Impressed
Tommy Gets His Tonsils Out
Kiss Me on the Bus
Androgynous
Achin’ to Be
I Will Dare
Love You Till Friday
Maybellene (Chuck Berry cover)
Merry Go Round
Wake Up
Borstal Breakout (Sham 69 cover)
Little Mascara
Left of the Dial
Alex Chilton
Swingin Party
Can’t Hardly Wait
Bastards of Young
Encore:
Everything’s Coming Up Roses
I.O.U.