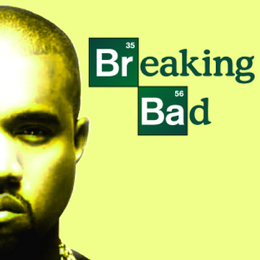 “You clearly don’t know who you’re talking to, so let me clue you in. I am not in danger, Skyler. I am the danger. A guy opens his door and gets shot, and you think that of me? No! I am the one who knocks!” –Walter White, Breaking Bad

Three-time Emmy winner Bryan Cranston has kept us on edge for six seasons as the show’s main protagonist-turned-antagonist, Walter White. He’s one of the most complex characters to ever grace the small screen, sharpened by Cranston’s arduous demeanor and yet also softened by writer Vince Gilligan’s knack for wit. What started as a gimmick — high school chemistry teacher gone meth dealer — has evolved into a seasonal existential dilemma for viewers, who are all forced to ask themselves, “Was he right or was he wrong?”

That troubling facet to Breaking Bad is what makes the show so alluring and perplexing and disparate. It’s become more than just entertainment; instead, it’s an intricate study of morality, right or wrong, good and evil. In light of this broad (and vastly subjective) discussion, we decided to frame similar conundrums in pop culture, the artists who have also chosen the path of much resistance. In short, the musicians that became our favorite villains.

For this particular list, we eschewed names involved in actual violent crimes. So, if you’re wondering why we didn’t add Gary Glitter or Nick Oliveri or Phil Spector — well, there’s your answer.