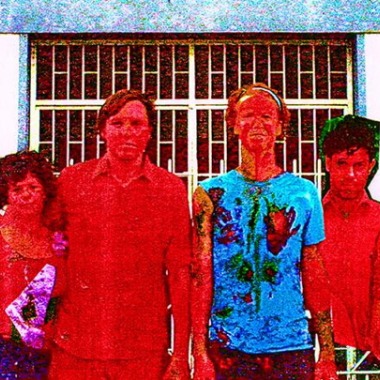 It’s never a dull burn when Arcade Fire’s ablaze. In addition to releasing their fourth studio album, which may or may not be titled Reflektor, they’ve provided new music to the latest film from their pal and frequent collaborator Spike Jonze. His long-awaited follow up to 2009’s Where the Wild Things Are is titled Her and sports what might be the sexiest cast ever assembled: Joaquin Phoenix, Chris Pratt, Amy Adams, Rooney Mara, Olivia Wilde, and the voice of Scarlett Johanssson.

“Its a movie set in the slight future of L.A. and Joaquin Phoenixs character buys the worlds first artificially intelligent operating system,” Jonze said of the film (via the Playlist). ”It basically turns into a human, this entity, this consciousness, on his computer.”

The film’s trailer surfaced online today, which features a glaring credit: “Music by Arcade Fire”. Watch it below. If you recall, the group provided an acoustic rendition of ”Wake Up” for the original Where The Wild Things Are, a favor which Jonze returned in 2010, when he directed the 30-minute short Scenes From The Suburbs.