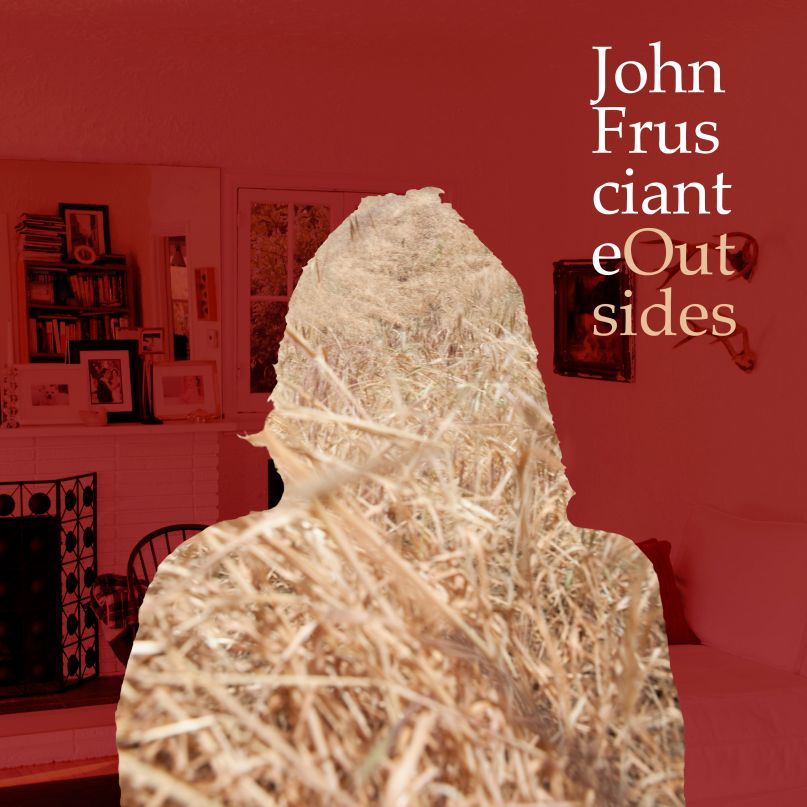 When the Red Hot Chili Peppers were inducted into the Rock and Roll Hall of Fame in April of 2012, guitarist John Frusciante was discernibly absent. By that time, Frusciante had only been away from the band for three years, but his personal aesthetic had been waning from the band’s since his 2001 solo effort, To Record Only Water for Ten Days. Following the 2010 acid-house freakout alongside Aaron Funk and Chris McDonald dubbed Speed Dealer Moms and amidst finalizing the electro-jazz soundscapes of 2012’s PBX Funicular Intaglio Zone, Frusciante was making giant, calculated leaps away from his earlier fame-generating project. The three-track EP Outsides doesn’t exist as much in the melodic void as his straight acid work, instead choosing to teeter on the very fringes of free-form guitar and schizophrenic analog synth bombardment.

Opening cut “Same” finds Frusciante attempting the perfect 10-minute solo. Initially constructed atop a two-bar drum beat, Frusciante spends the first four-minutes revisiting his rock roots before shifting into polyrhythmic free-jazz riffs. Fearing the inability to find a drummer that would allow the creation of such a “perfect” solo, he then chopped the drums in post-production to create a picturesque terrain for his guitar stylings. While his tonal interplay on the track is much greater than that of rock’s typical lead guitar player, Frusciante’s ego has grown larger than this talents if he honestly believes the track contains qualities that “rock musicians as a whole have yet to develop.” Narrowly focused, a trained progressive rock/jamband ear can easily note comparisons, many of which perform alongside actual drummers.

The remaining two tracks are based in Planet Mu-leaning IDM. Lined with sweeping orchestral samples (“Breathiac”) and a weeping blues guitar solo (“Shelf”), a Frusciante electronic watermark has now been developed that further separates his work from glitched-out predecessors. And it will be those fans of producers like µ-Ziq and Aphex Twin, opposed to the RHCP, who find this EP repeat worthy.