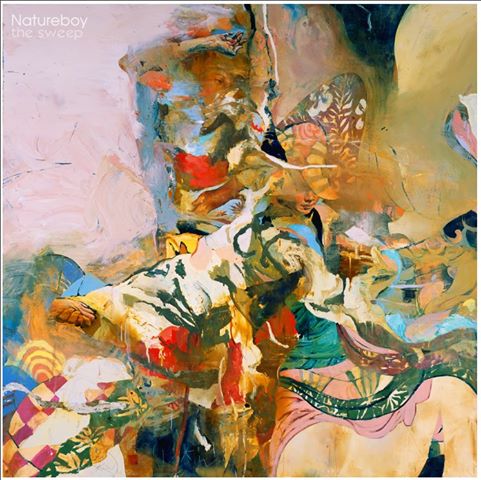 Natureboy, as a band name, seems to connote an electro-pop outfit, maybe a DJ. It’s unlikely one expects a silky-smooth chanteuse such as Sara Kermanshahi. The Sweep is her second album, following 2009’s self-titled debut, and it finds Kermanshahi layering and looping her provocative alto into seductive and thoughtful folk-pop.

The Brooklyn-based Kermanshahi’s closest musical cousin is Sharon Van Etten, who coincidentally supplies guest vocals on several tracks, notably lead single “Lexies”. The two women share strikingly similar musical styles, so much so that it takes repeat listens to tease out which vocals belong to whom. Kermanshahi distinguishes herself with a slight curl to her delivery, which also obscures her lyrics at times, her voice floating in and out of the guitar tracks. This combined with “ooh ooh” introductions and long, open notes contribute to the dreamy drift of the record; the focus is less on what she’s saying and more on the floating, shifting tones.

Though the vocals are undeniably lovely, The Sweep’s greatest gift is its mixing. Rare is the type of folksy singer/songwriter album that is both relaxing enough to doze off to and also interesting enough to warrant concentration. The variety also means that The Sweep holds up to repeat listens. Slower, hazy songs like “Blow to the Head” incorporate faster rhythmic elements, such as the steady drum and guitar beat on that track, which keeps the vocals focused. “Sugar” starts with an intimately bare guitar melody that clears the air before Kermanshahi’s melancholic tones lead in to the song proper.

More than just a pretty voice, The Sweep marks Natureboy as a potential big-league player on the folk-pop landscape. It’s also a delightful way to float through a lazy summer afternoon.