These New Puritans – Field of Reeds 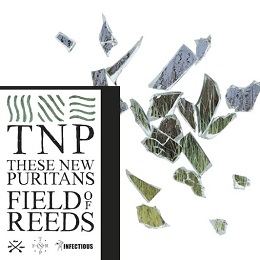 Last we heard from Jack Barnett and These New Puritans, the group were suiting up for battle and unsheathing swords to the sounds of dancehall rhythms and woodwinds on 2010’s Hidden. It was a primal scream. With its seamless fusion of dancehall, breakbeat, classical, and post-punk, it wasn’t messing around. With Field of Reeds, the latest incarnation of Jack Barnett’s hell-bent perfectionism and genre-hungry restlessness, These New Puritans are more serious than ever. They’ve stripped themselves bare. The result is both austere and demanding. One of the year’s most ambitious records — one that involved the in-studio recording of a wild harrier hawk (who nearly attacked an audio engineer), a magnetic resonator piano (an instrument that takes four hours to set up, and allows the player to manipulate piano string vibrations), and contributions from the lowest baritone singer in England–is also one of the year’s most frustrating.

Field of Reeds is Barnett’s latest attempt to turn his mercurial thoughts and frustrated songcraft into an all-consuming, solidified statement. This time, it seems to be a statement on life’s continual uncertainty, an allusion to the concept of Aaru, the Egyptian heavenly Field of Reeds, where dead souls can enter only if unburdened by their accrued sins. At 53 minutes, it asks a lot of its listener. Often, too much. At times blissful, recalling the discordant brass dreamland of a Talk Talk record, or even the wandering folkscapes of Cass McCombs, its free-form, anti-balladry is also wonderfully tedious. It’s easy to get lost or miss the point. Listening to Field of Reeds sometimes feels like taking a test and forgetting everything you thought you studied for. At the same token, its gorgeous production, control, and vision make it hard to turn away from. Hawks bark, piano notes bend, reed instruments consume, baritones bellow, rhythms attack, glass breaks, pianos pound, harmonies intertwine, Barnett mumbles, female vocals coo, Barnett croaks demonically. Like I said, frustrating.

Standouts “Fragment Two” and “V (Island Song)” showcase near perfection of songcraft from a band who often emphasizes craft in favor of songs. The former is as close to a pop song as there is to offer here, with waltzing keys, concise drums, and twinkling chimes. The latter has one of the record’s most jarring moments, where its hesitant beginning coasts into jagged drumfills you might even dance to, before losing itself in a sea of swells and vocal atmospherics.

Whether Barnett has gone off the rails by kicking so hard away from accessibility, or whether you’ve just missed something is the record’s ultimate conundrum. Ultimately, that’s a decision you have to arrive at on your own. If you never can, then maybe this record at least gave you a reason to try. That might even be enough.