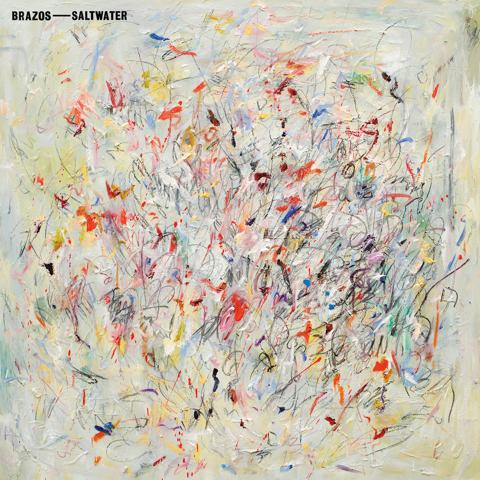 Brazos is the Spanish word for “arms,” and although the word came to Martin McNulty Crane in a potentially disturbing dream (“This woman was just yelling it in my face”), it’s not a stretch to describe the music of Brazos as a warm hug. After opening for bands like The National and Vampire Weekend on the heels of his 2009 debut, Phosphorescent Blues, Crane exchanged Austin for Brooklyn as his home base and reformed the band. On second album Saltwater, Brazos produces more of his signature style of ambient pop music.

The band’s sound is accurately advertised in Saltwater’s song titles: “Valencia”, “Saltwater”, and “Charm”. The sound filtering through Crane’s acoustic guitar and Ian Chang’s playful percussive additions is warm and cheerful. Unfortunately, this sound is best exemplified by the second half of the record — if you can get there. The first half is so thoroughly uniform as to melt together, with the exception of irritatingly repetitive “How The Ranks Was Won”. Crane has a fine voice, midrange and emotive, but he uses the same tone, volume, and pacing almost all the way through. As a result, the first half of Saltwater congeals into ambient mush.

But then “Valencia” floats by on a gentle Latin jazz beat, “Irene” opens with a melancholy guitar line that wouldn’t be out of place on a National record, and Saltwater begins to open up. The title track hits the Latin rhythm again, uptempo this time, the lyrics teasing a Moby Dick theme. In this Brazos displays its true potential: ambient pop that not only goes down easy, but has a purpose and a distinctive sound, a mélange of subtle jazz guitar and synth perfect for a quiet afternoon. If Brazos can focus on their strengths, they have the potential to make a pleasant, summery mark on pop music.