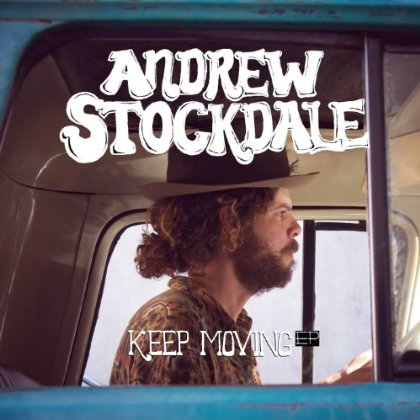 Wolfmother died a gradual death. After releasing 2009’s Cosmic Egg, the Aussie rockers went on hiatus and began to steadily lose members. In the end, only frontman Andrew Stockdale remained of the original lineup, and it was announced via Facebook that the third Wolfmother LP would actually be released as Stockdale’s solo debut, signaling the end of the band.

Although Wolfmother is gone, you can still hear echoes of their retro hard rock on Keep Moving. But only echoes– Stockdale loads the record with every single idea he had during the writing process. At 17 tracks (18 if you include the CD’s bonus track), it’s just too damn long. Stockdale isn’t a good enough songwriter to pull off a near-double album, smushing the satisfying rock ‘n’ roll moments (“Meridian”, “Ghetto”) between ill-conceived folk rock (“Black Swan”) and psychedelia (“Suitcase”). There are two forgettable tracks for every good one. That equates to a solid nine-song LP, had Stockdale exercised some self-editing.

The collective input of a proper band counterbalances that problem, so it’s easy to look at Keep Moving with contempt. Most listeners won’t even reach its best song, closer “Everyday Drone” — an ode to the malaise of the wake-work-supper-bed lifestyle and a rare moment of personal sincerity from Stockdale. Most of his lyrics are disconnected, tame, and universal. Without the punch of that original lineup behind him, a song like “Long Way to Go” leaves the listener with nothing– just empty words, the bass line from Beta Band’s “Dry the Rain”, and a variation on the lick from the Rolling Stone’s “Can’t You Hear Me Knocking”.

Keep Moving contains some solid tracks, but as an album, it fails. Frankly, it’s hard to listen to Andrew Stockdale’s screeching wail for an hour straight. He’s got plenty of talent and ability, but this record is just too uneven to properly display it. Hopefully he’ll learn from his mistakes; this is only his first solo endeavor, after all.