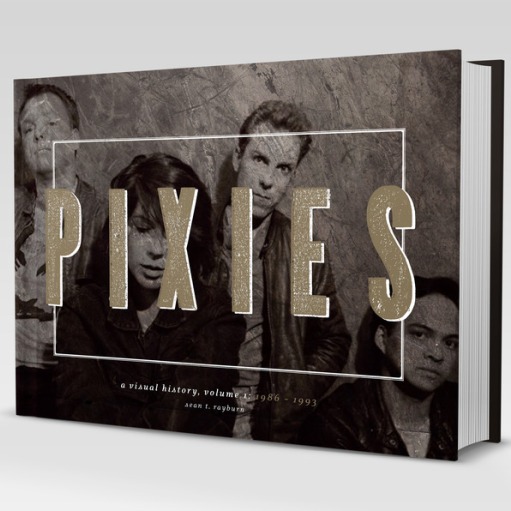 A new photo book chronicling the early years of the Pixies will arrive this fall — that’s if it reaches a Kickstarter goal of $150,000. Sean T. Rayburn, who operates the band’s official website, is spearheading the project and hopes to release three volumes of photo books in the future. A Visual History, Volume 1 will contain rare or unseen photos of the band between 1985 and 1993.

Rayburn explains the project and his decision to launch a Kickstarter campaign:

Some of you may be wondering, “so Sean, WHY do you need a Kickstarter to put this project together?” The answer is that book publishing is very expensive, especially to do it right. To make this a great project, I am meeting with hundreds of people from all over the world, people who have worked with the band, labels and press and managers, and roadies and fans. I am also going to be meeting with the band members themselves. And their families. Pretty much anyone who has a story and some photos or memorabilia, I am coming to see you. Speaking of which, if you have a story to tell, something that would be great for this project, I want you involved! I am starting a website to handle submissions and additional project info, so if you have something to contribute and would like a free copy of the book and some contributor credit, look for an announcement in the coming weeks.

Incentives for pledging include a limited edition postcard, posters, and copies of the book. Rayburn also intends to include the names of pledgers within the book.

Watch a video in support of the project: