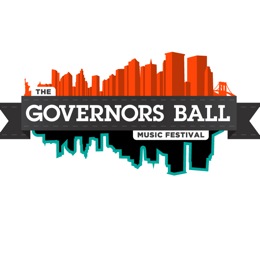 In one week, hundreds of thousands of New York music junkies will break free of the concrete jungle for Governors Ball Music Festival: a three-day, multi-stage party on Randall’s Island that is rapidly becoming the ultimate destination festival of the Northeast.

That’s the goal according to co-founder Jordan Wolowitz, who spoke to Consequence of Sound about how the single day, 12-act fest on Randall’s Island (which, for you non-New Yorkers, isn’t exactly a convenient spot) ballooned into a three-day event boasting a bill of Kanye West, Guns N’ Roses, Kings of Leon, and Nas. The kicker? Those humble beginnings were just over a year or two ago.

“My company is run by three 29-year olds right now and we’re up against LiveNation and other major promoters in one of the largest entertainment markets in the country,” Wolowitz says, his confidence momentarily betrayed by disbelief.

Wolowitz digs into the grassroots marketing approach that made Governors Ball an overnight success and his plan to expand the festival organically:

The last time Kanye West properly played New York City, My Beautiful Dark Twisted Fantasy was still years away. What was the process of securing him to headline?

We were fortunate to work with people at CAA, Wests agency for the past couple of years. The agents were able to vouch for the festival being well run and a good place for their clients. Kanye took many, many months to decide. He wasnt sure that he wanted to do the show because he was working a new record. Within a few months into booking the lineup, I think they all thought it would be a really cool and unique look for him. Then, he was on board. Governors Ball will be his first concert in New York City in five years.

Is booking the festival roster dependent on finding prospective headliners as quickly as possible?

Not necessarily. For our first two years, Beck was our biggest act, who is a low-cost act with the artists that play arenas. We really grew significantly between year two and three. When we had our undercard locked in with Kanye, everything just fell into place, whether it was sponsorship or media coverage. Everything seemed a lot bigger.

When did you approach West’s people?

I think I first reached out in August 2012. Once you become a festival of our size, who hosts 45-50,000 people, its certainly not abnormal to be speaking to your headliners a year in advance. Were already talking to our headliners for next year.

The growth has been substantial so far. What were the actual profits like, year to year?

There is a rule of thumb in the music industry where its supposed to take a music festival a minimum of three years to become profitable. A lot of aspiring festival promoters will go at it in a certain way and think they have to book acts like Jay-Z, Black Keys, and Paul McCartney in their first year in order to make a splash. Financially, they wont be able to pull it off.

We went about it in the other way and wanted to build it from the ground up. The 2011 festival was one day that included two stages and 12 acts. We werent trying to book anything huge; we were just trying to tap into a niche market that appealed to people our age and was doing well businesswise. Twenty thousand people came to Governors Island, so we were profitable in our first year. That set us on a nice course on developing the festival organically.

The 2013 artists represent a range of music genres, which is exciting, but must make it harder to define a target audience. What’s been your marketing strategy?

At the end of the day, it’s social media. Taking it to the streets with advertising wouldnt have the same effect. When we put out the lineup this year, people were so excited that people are talking about the festival more than in previous years. There has to be a natural excitement. Twenty years ago, concert promotion was all on FM radio and newspaper ads, neither of which we use at all.

Governors Ball was a project you began with your partners Tom Russell and Yoni Reisman. The three of you worked in the music business  prior to starting Founder Entertainment. But you’re all still young. How did a bunch of young professionals embark on something of this size?

It wasnt extremely difficult. Something that really helped us out was utilizing some relationships that we had. One of my business partners girlfriend works at a company that handles a lot of the staging and fencing with Governors Island at the time we were organizing the festival, so we were able to make a phone call and get them on board. One of my other business partners worked on the operations for Bonnaroo and Outside Lands. I was an assistant to the president of ICM, who works with huge acts like The Strokes, Neil Young, Muse, and a lot of others. People were a little more trusting and had worked with us even though we were young. I dont want to say it was super difficult, but it certainly wasnt easy. I think a lot it depended on our past experience from college and relationships we have established.

New York City is an ideal destination, too.

Being in New York, its easier to pull it off, in a certain respect, but that also makes it one of the most difficult things to pull off. In New York, there are a million fun things to do outside of seeing live music, so you have to sell a marketable product to convince people to go to Randall’s Island and spend all of their money there. All Points West was a major case study of how to make Governors Ball better and a successful festival. Once you do it right, its good to be in New York because there are so many people that live so close.

As Governors Ball expands, what is the plan to keep prices down while accommodating bigger names?

This year, were on pace to sell out; everything has been a success. Producing any event comes out to the math. Once we put out our overhead of talent and production, we put the skeleton prices together and price it in order make a profit while still being reasonable. We also take a look at competing festivals and where they’re pricing things. If they make their prices lower, does it make more people come? We needed to have that first year, as a sample, to make a case study to move our prices forward.

Where does Governors Ball rank among other festivals price-wise in 2013?

Our tickets were less expensive than other festivals similar to our size, like Bonnaroo, Coachella, Lollapalooza, or Outside Lands.

Thats a good thing for the concertgoers. What about for the organizers?

Frankly, the three of us wanted to see what people would pay for this year. With how strong our sales have been, it shows that we priced everything pretty reasonably.

Word on the street is tickets are close to selling out. Fortunately for you, we have an extra pair of three-day passes to give away. Want in? Just fill out this registration form below.