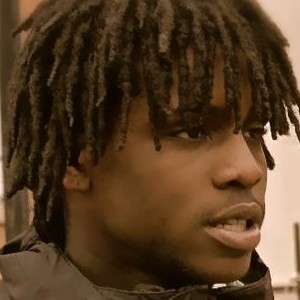 Earlier this year, the 17-year-old Chicago rapper (born Keith Cozart) was sentenced to 60 days in prison after violating his probation. The probation stemmed from a January 2011 incident in which he pointed a gun at a Chicago police officer.

Update: TMZ has obtained audio of a security officer calling police after spotting Chief Keef smoking in his hotel room.