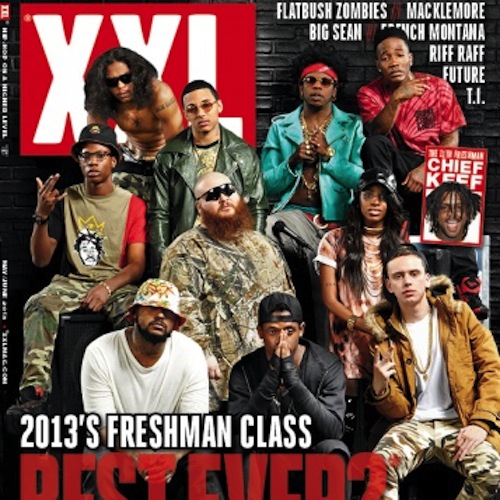 Since 2008, XXL magazine has rolled out an annual list of the top 10 most promising young rappers, AKA its Freshman Class. The criteria for inclusion is all subjective, based primarily on a rapper’s current hype or the staying power of his/her debut album. Kendrick Lamar, Danny Brown, Kid Cudi, and Big K.R.I.T. all received nods in past installments, but this year’s class is especially impressive with the induction of Action Bronson, Angel Haze, Joey Bada$$, ScHoolboy Q, and Ab-Soul, among others. XXL has also recruited each rapper to film a freestyle, along with several group cyphers. Below, check out the first such cypher featuring Bronson, Bada$$, Ab-Soul, and Travi$ Scott, followed by freestyles from Bronson, Bada$$, Ab-Soul, Haze, and ScHoolboy Q.