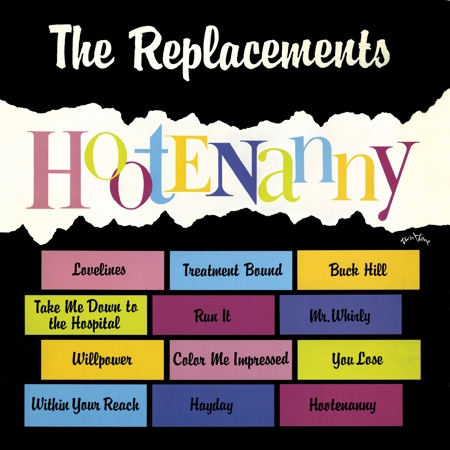 The Replacements’ ramshackle second album, Hootenanny, turns 30 this week, but it’ll always sound like someone’s 21st birthday. Sure, there’s a tearjerker (“Within Your Reach”), a moment of morose introspection (“Willpower”), and a panicked near-instrumental (“Buck Hill”). But 1983 was a year when The ‘Mats still reveled in smartassery. So we thought it was only appropriate that the record get its own drinking game. Take it somewhat in jest, as this thing could kill you, or force you to admit that you have a problem. Then again, the closing song is called “Treatment Bound”. Bottoms up, tie one on, whatever.

Drink once: Whenever you hear studio banter or a band member trying to figure out what’s going on (e.g. “Are we gonna’ record this one?” and “Fucked ’em up”).

Drink again: Whenever a musician flubs a note or has to start something over (e.g. the entirety of the title track and the end of “Mr. Whirly”).

Finish your drink: Whenever Bob Stinson improvises a guitar solo that’s impossible to replicate (e.g. the scratches at the beginning of “Color Me Impressed” and the last-minute squall of “Hayday”).