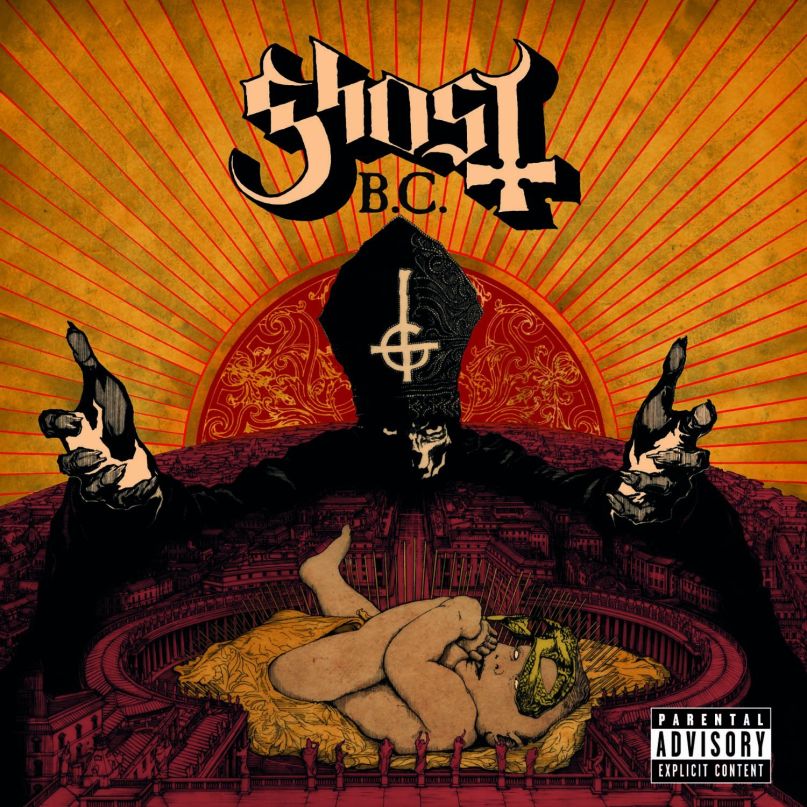 The 10-track effort was produced by Nick Raskulinecz (Foo Fighters, Deftones, Rush) and according to one of the band’s many Nameless Ghouls, deals thematically with the life of the Antichrist following his birth on the band’s 2010 debut, Opus Eponymous.

Just weeks after the album’s announcement, the band was forced to change their name from Ghost to the current moniker.