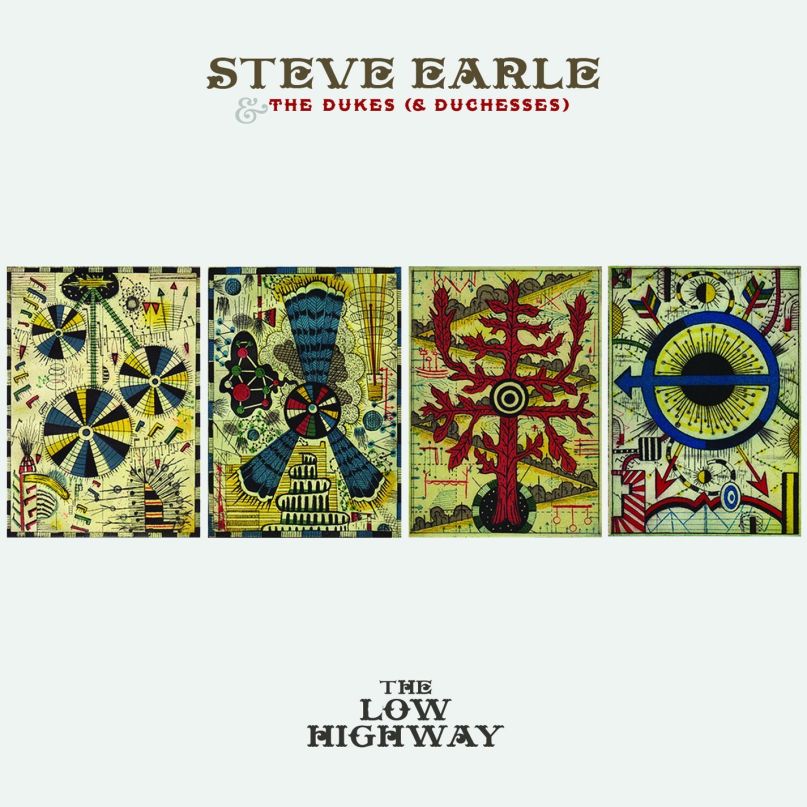 Steve Earle fomented plenty of controversy in 2002 with “John Walker’s Blues”, a song that speculates on how an “American kid raised on MTV” could end up an enemy combatant. (We sadly find ourselves asking the same question this week in the aftermath of the Boston Marathon bombings.) In addition to drawing ire, the Lindh narrative cemented Earle as a songwriter who doesn’t place restrictions on where he searches for stories worth telling — be they his own or someone else’s. On The Low Highway, Earle once again lends a gritty and sympathetic (or at least non-judgmental) voice to those whose stories often go untold until they make destructive headlines.

The record’s plaintive title track crisscrosses the country like a remake of Guthrie’s “This Land Is Your Land”, Earle warmly vanishing whole syllables (like an unreliable drive-thru speaker) while noticing both nature’s beauty and man’s plights: boarded-up homes and factories, bread lines, and a returning soldier trying to scratch out a civilian life. On country rocker “Calico County”, Earle (rattling off “Pump It Up”-style phrasing) traces how things broke bad from the get-go for a young man turned meth cooker. And this is the case for most of the characters traveling Earle’s “low highway.” Prospects are so bleak and they’ve been rendered so powerless that an ignominious ending seems inevitable: the homeless protagonist of “Invisible” who worries “maybe I’ll just blow away” or the small-town lifer of “Burnin’ It Down” who sits outside Wal-Mart nursing fantasies of arson.

In the final verse of “The Low Highway”, Earle drives with the “windows down… listenin’,” firmly asserting that “every sound is a prophesy.” It’s a belief that tomorrow’s tragic news will come from today’s neglected miseries — that our country’s future can be heard in a man’s grumbling, a girl’s muffled sobs, or the sad sound of the wind blowing through broken windows. The Low Highway once again reveals that Earle’s gift for songwriting owes not only to an ear for melody but also to an ear attune to the quiet sufferings that most of us ignore.