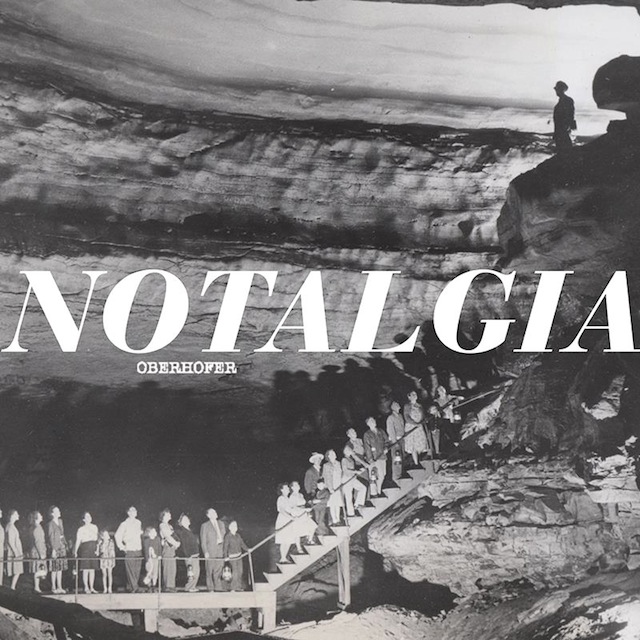 The buzzy boy with a goofy name, Brad Oberhofer, has been through the ringer once or twice. The New York (by way of Tacoma) musician found success last year with his first release Time Capsules II, even sharing the stage with Sleigh Bells and Twin Sister. His next release, the EP Notalgia, traces his own path from pain to self-awareness along with the listener, plummeting to bottom before looking up to see a glimmer of light.

Many of Oberhofer’s lyrics circle around emotional (or physical) availability — but he can effectively turn the charm on and off like a switch. The twinkling and synth-driven “Together Never” toys with indecision, but ends with a piano outro and a spoken word confession: “It’s July 26th, 2012, and I’m coming to terms with death.”

Oberhofer says nay to nostalgia and instead confronts the immediacy of his future with Notalgia. The yelps and drawls of Avey Tare’s vocals are subconsciously present in the 21-year-old’s pleading tone. But the voice demanded to be respected is all Oberhofer. “You + Me (In the Future)” is a tale commenting on the tragedy of time and place, where he admits to being “in love with the idea of you and me together in the future.” Yet the Notalgia EP strays into the camp of formulaic Brooklyn-brewed indie pop that doesn’t sway the listener, as much as provide for a pleasant hum.

The danger that Oberhofer faces is potentially slipping from his own lofty ambitions. At times his potent lyrics are a mouthful for both him and listener, like on the fluttering “Earplugs”, where he rushes through lines like “You’re a well-painted water portrait on a page.” Oberhofer is at his best when the lines are punchy and curt, as when he bursts into a satisfying rhetorical chorus with a smile: “Can you hear me now?”

Although it’s nothing extraordinary, Notalgia is a taste of what we can expect from Oberhofer next — zany synth lines coping with humanity, as close to indie pop headbanging as indie pop can muster.

Essential Tracks: “Got Your Letter” and “Earplugs”