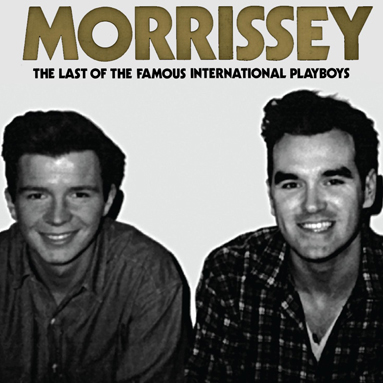 These two rakes are no strangers to love, or, apparently, to each other. According to Pitchfork, for the upcoming reissue of Morrissey’s Kill Uncle, and the 1989 standalone single “The Last of the Famous International Playboys”, Moz wanted to use a two shot of himself and David Bowie. Bowie denied him the rights, (to be fair, Bowie didn’t even want a picture of himself appearing on the cover of his own album), so instead Moz found a fellow rascal in singer Rick Astley. The photo above is from the backstage of BBC’s Top of the Pops in 1989, and will appear on the cover of the single.

Both reissues will arrive April 8th. Listen to “The Last of the Famous International Playboys” and see the official artwork below.