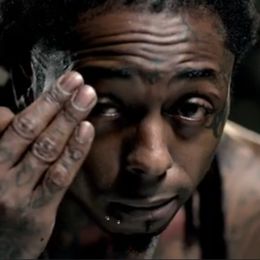 According to TMZ, Lil Wayne has been hospitalized and is in critical condition following multiple seizures. The rapper was reportedly “shaking uncontrollably” upon his arrival at Cedars-Sinai Hospital and has been placed in an induced coma.

TMZ adds that “doctors found high amounts of codeine in his system” and his stomach was pumped three times.

Update – 7:30 pm: TMZ now reports that Lil Wayne is “being given his last rites … with his family surrounding him to say their goodbyes.” However, according to Wayne associate Mac Maine, “Wayne is alive and well! We watching the Syracuse game…thanks for the prayers and concern..he will update you all soon..” Maine added, “We will be releasing an official statement shortly but dont believe the nonsense about comas and tubes to breathe…that’s false!!”

Update- 7:40 pm: TMZ is sticking to its story. According to the publication’s latest update, “Wayne’s mother is currently on a plane flying to Los Angeles — and we’re told all major decisions about Wayne’s health (including the decision to discontinue life support) will not be made until she arrives.”

Update – 8:15 pm: TMZ has removed its report of Lil Wayne being read his last rites.

Update – 8:30 pm: Lil Wayne finally speaks (!), writing on Twitter, “I’m good everybody. Thx for the prayers and love.” A label rep also confirmed to Billboard that the rapper is recovering.

Update – 8:40 pm: TMZ further backtracks from its initial report, noting that Lil Wayne is in “critical condition in the ICU… but stabilizing and the “prognosis is uncertain.” However, they added that Wayne is sleeping – and it is kinda impossible to tweet in your sleep.

Update – 9:00 pm: LA Weekly is on the scene at Cedars-Sinai Hospital and reports that Lil Wayne is “sitting up and drinking water.” LA Weekly also reports members of his entourage have departed the hospital and the scene is calm.

Update – Monday, 3/18: TMZ reports that Lil Wayne is out of ICU and could be discharged from the hospital in the near future.

Wayne was first hospitalized Tuesday night after suffering “multiple seizures” on the set of a music video shoot, but was released a few hours later.