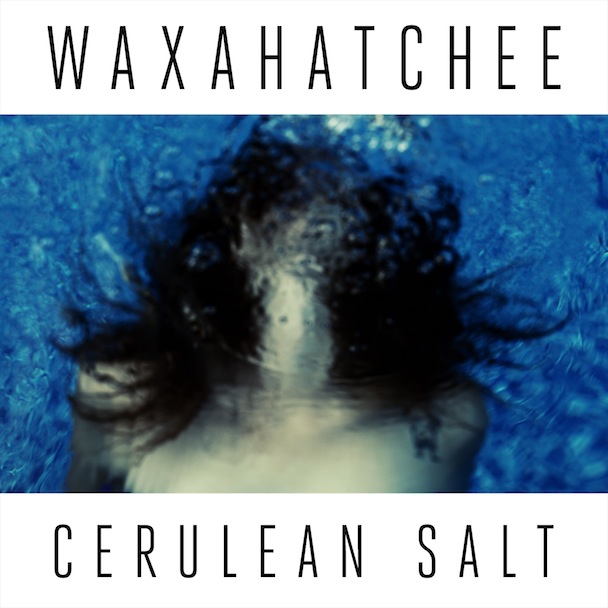 Here’s the abridged history of Waxahatchee: Brooklyn punks P.S. Eliot break up in 2011, member Katie Crutchfield adopts the difficult-to-pronounce pseudonym named after a creek in her homestate of Alabama, and releases last January’s excellent American Weekend, a collection of heart-wrenching acoustic numbers. For their sophomore followup, Cerulean Salt, Crutchfield’s grown the project into a full band while somehow maintaining its deeply personal core.

The 13-track album still has its share of “solo” numbers, but Crutchfield is more expressive and confident thanks to the expansion. “Blue Pt. II” legitimizes her brand of self-deprecating disclosures, with lines like “If you think that I will wait for you forever/ You were right”, speaking volumes about her romantic life and sense of self. Her loss of identity extends into the music: “Hollow Bedroom” fades her pained wails into a maelstrom of feedback and dissonance for a truly startling moment. By being unrelenting with her angst, Crutchfield continues to make herself a most alluring figure.

The album soars when the band is working to enhance the project’s inherent personal qualities. The heavy reverb of “Misery Over Dispute” lends depth and texture to her shrieking, while the drum crashes and random guitar flutter in “Coast to Coast” forge a distracting landscape that mirrors the theme of absention. The jangly folk of “Lips and Limbs” is a new beast entirely: a standard beat gains some quirkiness from Crutchfield’s obtuse poetry (“With this drink I swallow the intangible I can’t illustrate”), which in turn gets some much-needed support from the minimalistic beat.

While the band’s dichotomy is uncommon, it works because, no matter the ratio of Crutchfield to the band, the emotion’s always pure and unfettered. It’s for that reason alone that more people will shortly learn the name Waxahatchee.