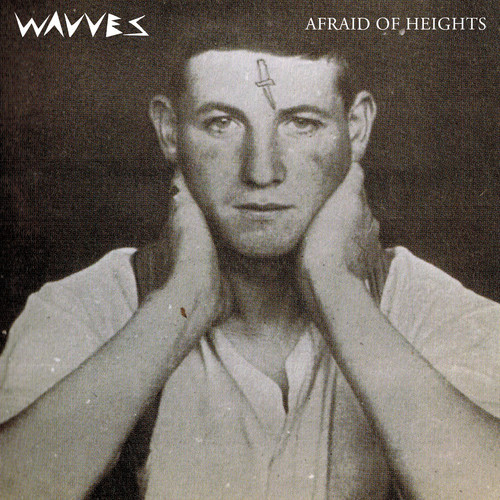 It’s difficult to square the Wavves that inhabits Afraid of Heights with the lo-fi, noisy, raw nerve stuff that made up much of Nathan Williams’ first releases. Things had changed considerably by the time he dropped 2010’s King of the Beach. Williams tested out where his stoned beach bum angst could go, utilizing fancy tools like a backing band and a real recording studio. While the results hit fun, anthemic highs, the test would be on the next album to find out whether the buzzy newness was a step in the right direction or just a diversion. While Afraid of Heights features enough lyrical grit to recall his Wavvves days, the studio wizardry and unapologetic pop-punk influences linger, too. As a result, some of the grimy ease that made early Wavves so exciting and unique has faded, though a number of glorious hooks remain.

The album opens on a one-two punch of jangly, upbeat depression. “Sail To The Sun” has its talk of using love as an escape from the pains of reality, but it ends repeating the words “in a grave.” Lyrically, Williams is desperate to avoid the truth that he can’t help but admit that everything ends. Musically, though, the song opens with tinkling bells and a pastoral lilt, an almost ’80s Christmas album vibe. The power chords and chugging kit-work that follows is sloppy and energetic, a headrush that makes it difficult to realize that you’re supposed to be hearing about death. The same could be said for “Demon to Lean On”. When Williams insists that there’s “no hope and no future,” one’s wont to think back to the “No Hope Kids” of his yesteryear. There’s some of that, to be sure, but there’s also a considerable amount of heavier drama rather than smoked-out singalongs: “So send me an angel / Or bury me deeply instead / With demons to lean on.” He’s not so careless anymore.

Later, the title track continues this hopeless lyrical theme (“I can’t act like I care” and “I will always be on my own” strike particularly direct notes), though again the harmonized woo-ing is a bleary-eyed, hung-over Weezer anthem. Those wordless vocal lines straddle the line between bubblegum pleasantness and haunted moan of acceptance, depending on how close you’re following along with the lyrics. This musical subjectivity is comfortable territory for Wavves, in a way; “I’m so bored” doesn’t have the emotional specificity of “I loved you Jesus / You raped the world / I feel defeated” (taken from this album’s “Gimme A Knife”), but there are moments where the instrumentals leave some room for open-ended connection.

And even when some of the decisions seem questionable, the hooks sink deep. Depressed or not, it’s hard not to sing to the over-familiar, broken-hearted ultimatums of “Demon To Lean On” as if they were a fist-pumping joy. “Dog” takes Iggy’s old insistance that he wants to be her dog and repeats it, only after adding some glockenspiel and acoustic guitar. While that sounds like a head-scratcher, the amiable melody washing over the aped, self-defeated lyrics makes them far more palatable.

In a way, Afraid of Heights is a concept album. One after another, the tracks profess of a love that’s colored with the inevitability of failure, death, and loneliness. Williams makes depression catchy, but he doesn’t do much to make it different from the ways in which he or others have done it in the past. Even album-closer “I Can’t Dream” lacks any definitive statement. “I can finally sleep / but I cant dream / I dont wanna remember anything,” Williams admits. While anyone who’s had this sort of situation in their life can agree that sometimes this vague nothingness is an important step, it’s not always the most compelling artistic statement. Williams’ angst hangs with you as long as the hooks stick in your head, for better or for worse.

Essential Tracks: “Demon to Lean On”, “I Can’t Dream”