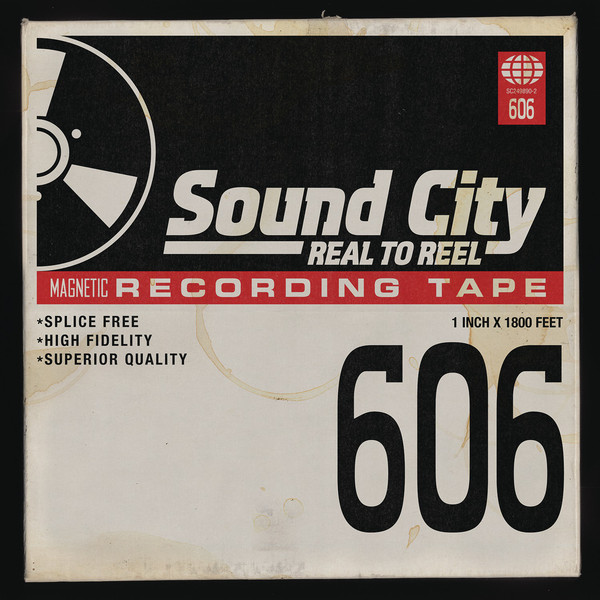 Sound City Studios camouflaged itself amidst a row of warehouses in the San Fernando Valley. For 42 years, it sat there almost hidden — important to the people who knew about its existence, irrelevant to those who didn’t. But appearance and reputation never mattered. The sound. That’s what mattered. You’ve probably never heard of Sound City Studios, but you’ve sure as hell heard the music recorded there: After the Gold Rush, Fleetwood Mac, Heaven Tonight, Damn the Torpedoes, Holy Diver, Nevermind — and that’s only the shortlist.

The studio was valued for the way it captured drum acoustics. Snares crack and sizzle; the kick drum fills the room. This trait was so valued that when the paint inside the recording booth started to chip and decay, the staff declined to re-paint, fearing that a new coat might ruin the signature reverberations. Also cherished was the studio’s analogue console: a customized Neve 8028.

Needless to say, musicians familiar with Sound City grieved when the studio closed in May 2011 after being bought by new owners. One of those musicians was Dave Grohl. He’d witnessed the drum acoustics firsthand with Nirvana; he knew that rock ‘n’ roll was losing a vital piece of its history. So he sought to preserve it, both the legacy and the sound — the former with a video camera, the latter with the Neve console, which he bought and installed in his personal recording space.

Grohl’s documentary on Sound City has garnered almost unanimous praise for its candid humor and humble retelling of the studio’s history. However, the film was only half of the project. While shooting, Grohl assembled an all-star cast of musicians who’d recorded at Sound City over the years, including contemporaries like Josh Homme and living legends such as Paul McCartney and Stevie Nicks. Their goal: to record a new album on the old Neve. The result of these collaborations was Sound City: Real to Reel, 12 tracks recorded in glorious analogue.

It’s a brilliant concept, in theory: Grohl, one of the mainstream ambassadors of rock ‘n’ roll, paying his respects to the defunct Sound City by cutting an album with its musical alumni. It’s a shame, then, that the songs fail to match those lofty sentiments. Record studio romanticism aside, Real to Reel is a patchy collection of Grohl compositions sung by other people. Some songs work, while others range from awkward to unlistenable.

Each collaborator shares a songwriting credit for each track, though a trained listener will notice that these all sound suspiciously like Grohl-penned pieces. Openers “Heaven and All” and “Time Slowing Down” (sung by Robert Levon Been and Chris Goss, respectively) tout chunky power chords and sweeping, melodic choruses — heavy yet tame, a la Foo Fighters. It’s simplistic to dismiss the entirety of Real to Reel as Foo leftovers, but the argument kind of presents itself. What’s more, Grohl’s never been a consistent lyricist, and the words here — if not improvised — come off as hastily conceived rhymes and couplets, littered with cliché phrases. “Sometimes you make me play the fool / Sometimes you treat me like a tool / You are the whip that drives the mule,” sings Rick Springfield on painful post-grunge romp “The Man That Never Was”. This track is followed by three minutes of Lee Ving shouting “Your wife is calling,” on the song of the same name. You’ll want to turn it off.

But don’t. Real to Reel’s second half is superior to its first, beginning with “From Can to Can’t”. Slipknot’s Corey Taylor shows off that falsetto he often eschews, narrating the protagonist’s decline into self-loathing and depression. The guitar work of Cheap Trick’s Rick Nielsen is notable for its expressive tones on this track. Like any album of its ilk, Real to Reel is at the mercy of its collaborations, which begin to make more sense as record progresses. Homme and Grohl tag-team the excellent “Centipede” and join Alain Johannes on surging rocker “A Trick With No Sleeve”. Electro-tinged finale “Mantra” (featuring Homme, Grohl, and Trent Reznor) builds and builds behind a pulsing beat, eventually reaching an anthemic, harmonized climax. Satisfying teasers for the forthcoming Queens of the Stone Age LP.

The contradiction to everything else is the main attraction itself, the Paul McCartney + Nirvana collab on “Cut Me Some Slack”. Written and recorded during a three-hour jam session, it’s a grungified electric blues that sees McCartney acting (and singing) like he’s 40 years younger. Just listen to that cracked scream at the end; somewhere, Kurt Cobain is smiling.

Sound City: Real to Reel has its highlights, but the bad songs are hard to justify. Some collaborators don’t mesh with others, and all of them suffer from embarrassing lyrics. Despite these criticisms, the album does have a charm to it, an endearing “who cares if these songs suck, let’s do this for the good of rock music” attitude. Credit the fiery passion and productivity of the most outgoing guy in rock, Dave Grohl. This album won’t be remembered for its songs, but it will endure for what it symbolizes. It preserved the sound. May Glorious Analogue rest in peace.

Essential Tracks: “From Can to Can’t”, “Centipede”