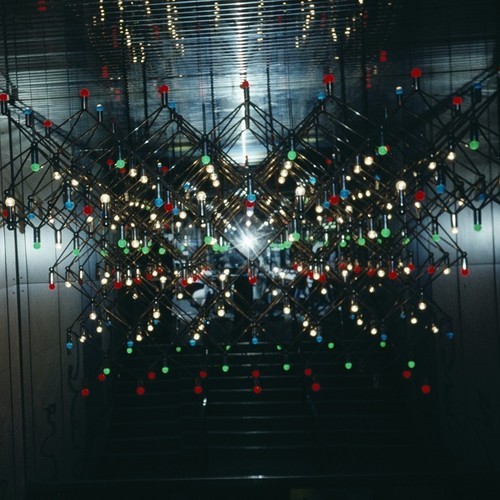 0181, the latest release from Keiran Hebden’s Four Tet project, is a collection of rarities recorded from between 1997 and 2001, the time period during which his first two records were released. The time period shows, not because it sounds dated, but because you can trace the mishmash of samples and sounds to Hebden’s similarly focused Dialogue and Pause, with some of the contemplative melodies of 2003’s Rounds hinted at as well.

This makes 0181 a fun, intentionally disjointed listen. It jumps unapologetically from any ideas that threaten to run their course, with some ideas lasting no longer than a few bars, while others are seen fit to run their course. It’s also significantly brighter than the darkened neon hum of his later records, a nod to his earlier atmospherics, and that lends the whole 38 minute piece an enjoyable buoyancy. If you’re one of those people that “liked his earlier stuff,” to coin a phrase, then there’s a lot to enjoy in 0181.

The freely-released Soundcloud record also serves as a nice entry point into that era of Hebden’s career; a nostalgic little photo album of sorts, complete with baby pictures in the form of some infant coos around the 17-minute mark. The fact that this is throwaway stuff for Hebden is astonishing, as he predicts or nails a wide variety of sounds, from Brainfeeder percussive virtuosity to smooth jazz cutups. As last year’s compilation record Pink showed, and as latest release 0181 reiterates, Hebden has a lot to offer, even among his scraps.