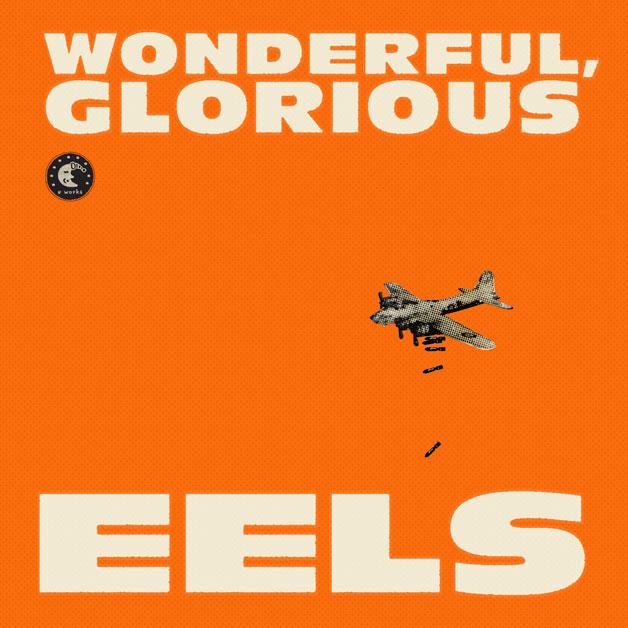 Mark Oliver Everett has always done his best work by infecting self-assured rock music with his own debilitating self-loathing. His bleak humor might still be summed up best by the very first line of Eels’ 1996 debut, Beautiful Freak: “Life is hard / And so am I.” Throughout his storied career, the man called E has struck deep notes of both despair and joy in his dance around the construct of American masculinity. Seventeen years and nine albums later, Everett’s newest toothy rebirth Wonderful, Glorious imagines a gruffer persona than we’ve ever seen from him–without actually finding the means to embody it.

The emotional crashes and resurrections that dot Eels’ discography have, in the past, led to disarming moments of beauty. There are few rawer journeys in rock than Electro-Shock Blues, as Everett details his emergence from the pain left behind by the deaths of his mother and sister. Even 2005’s Blinking Lights and Other Revelations left E in a good place after the requisite battering; a whirlwind tour through a troubled family history and romantic misadventures gave us the impression that everything was going to be okay.

But every time Everett seems to have found the answer–in love, in self-acceptance, in letting go–it unravels in his hands again. The trilogy of Eels albums released between 2009 and 2010 dragged us through yet another saga of self-questioning, self-hatred, self-acceptance. E lamented the end of his five-year marriage as “end times”, then pushed through to the morning after the apocalypse with another stream of lukewarm, pathos-infused tunes. By now, the character of E is all too familiar–the patron saint of the nice guy who can never quite catch a break.

On Wonderful, Glorious, Everett attempts to break through the mold he spent a decade and a half sealing around himself. The record switches between plastic growls and clunky slow-burners, adopting many sounds and motifs from fan and occasional collaborator Tom Waits. But Everett isn’t Waits, and his attempts to channel that unmatchable growl and grit come off awkward.

Opener “Bombs Away” crashes in with E’s personal proclamation: “I’ve had enough of being complacent / I’ve had enough of being a mouse”, he barks over swaggering percussion and salty riffs. Single “Peach Blossom” has Everett indulging in aimless megaphone soliloquies that command him to “Smell the peach blossom / The tiger lily / The marigold.” It’s a little hard to swallow the order to frolic among the flowers from a guy who’s posturing as a second-tier Jack White, and it doesn’t seem that the dissonance is intentional.

The shift from sensitive pop confessionalist to all-American badass might have worked if Everett had swapped out his trademark candy-shell production for something with a little more guts. As it stands, the songs on Wonderful, Glorious feel choked inside their own skin. Even the guitars come through squelchy and deflated, as potentially solid riffs are corroded by one too many effects.

The slower numbers among these 13 tracks at least feel honest. Even in his new outfit, Everett can’t keep himself from writing odes to past lovers. On the bare-bones strummer, “True Original”, he promises to wait for the latest in a string of women who have passed him by, while the melancholy-yet-dynamic “I Am Building A Shrine” has him promising to take the good things she’s left in him to the grave.

As a musician who’s drawn an overwhelming majority of his content from relationships with various women, E might have been expected to arrive at his tenth album with a sentiment more evolved than “I’ll wait for you.” And yet here we are again: E might be more at peace with himself and his solitude (as detailed on the record’s title track), but Wonderful, Glorious isn’t the sort of reinvention that Everett wants it to be. It’s just another loop around the road that E and his pathos have been treading for years.

Essential Tracks: “I Am Building A Shrine”