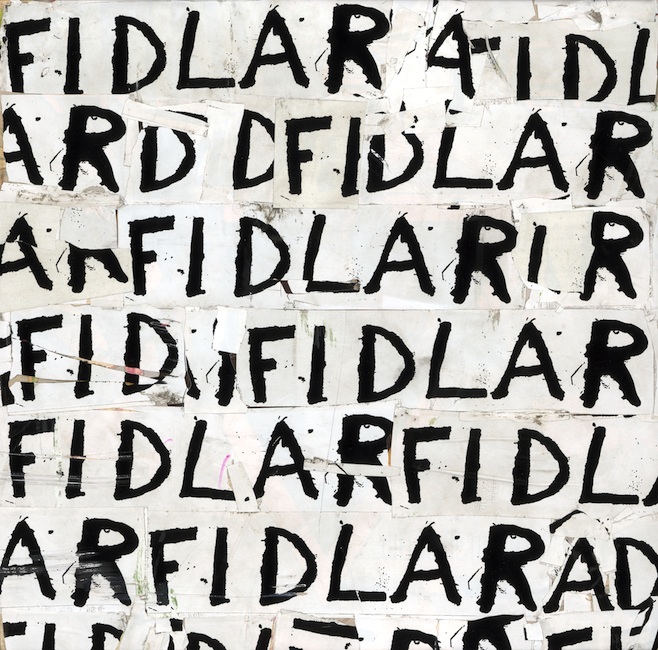 Fuck it dog, lifes a risk. Apparently skaters say this before flying off ramps and speeding down halfpipes. Its how they rationalize breaking limbs and wracking their genitals on metal railings.

The setting: Los Angeles. Four burnout skaters start a punk band. They adopt the aforementioned adage as their band name, abbreviating it FIDLAR. But these guys take it to a whole ‘nother level, applying FIDLAR to every facet of their daily lives: drugs, beer, punk rock, women, drugs, skating, punk rock, beer, drugs. Thats FIDLAR. Ostensibly, they dont give two shits about anything else.

Getting fucked up on the 101 / Shooting narcotics and having fun / 40 beers later and a line of speed / Eight-ball of blow and a half-a-pound of weed” This is the first verse of opening track Cheap Beer, which is followed by a chanted chorus of I! Drink! Cheap! Beer! So! What! Fuck! You! Its an instant anthem, driven by spry surf guitars and a complete disregard for authority. In the postmodern world, its almost reflexive for us to question the authenticity of a band like FIDLAR. Are they actually this ridiculously crazy, or are they just exaggerating, pretending  living out some wannabe-Dead Kennedys fantasy?

No, theyre actually like this, spending what little money they have on intoxicants, skate decks, and studio time. On a hidden track at the end of the album, singer/guitarist Zac Carper admits to living out of his car and pissing in water bottles. Its kinda sad, really. But man, does this lifestyle breed some great rock n roll.

As my CoS colleague Chris Coplan mentioned in an earlier review, there is an overabundance of garage/punk acts making music right now. Eventually, all the power chords, shouted vocals, and beer-stained band shirts start blending into one another. How does such a group set itself apart? FIDLAR touts its overwhelming sleaziness, but shocking subject matter alone wont win over listeners. Its about the songs, and thats why this L.A. quartet succeeds. Of the 14 tracks here, 85% of them contain searing hooks thatre both passionate and catchy; after one or two listens, youll have them memorized, and youll be howling right along with Carper and co-frontman Elvis Kuehn.

FIDLARs arrangements alternate between Agent Orange-inspired surf punk (White on White), shambling blues (Whore), and jangly power-pop (Gimmie Something). Unlike some of their sloppier contemporaries and inevitable comparisons  Wavves and Black Lips, particularly  FIDLAR sound tight and practiced. Max Kuehn hits his drums with fluid precision while maintaining aggressive tempos, and Elvis Kuehn (theyre brothers) and Carper wield incendiary guitar riffage. For being wasted all the time, theyre quite competent musically. (And even better live. When I saw them, they sprinted through the whole album, playing every song in double-time. They got a crowd of eight people to mosh).

But the crux of why FIDLARs debut is so remarkable isnt because of its shock value or rebellious attitude. One can also pick out lyrical snippets and quotes from interviews that illustrate a self-awareness about the band, a sense that they know there will eventually be consequences to their destructive behavior. On No Waves, when Carper sings, I feel, feel like a cokehead / I feel, feel like I cant get drunk no more cause Im on the floor, he almost sounds remorseful. Almost. Then its back to the drinking, skating, and fucking.

Biology dictates that the part of the brain that comprehends long-term consequences isnt fully developed until we reach our mid-20s. The members of FIDLAR are still young enough for us to wonder what their parents think about these songs  songs teeming with juvenile energy, songs fueled by raunchy hedonism, songs so depraved that Chuck Bukowski would shake his head in disgust. These characteristics are why FIDLARs self-titled debut is one of the sleaziest (and catchiest) punk rock records in recent memory. Lets just hope the band doesnt OD before it can release a follow-up.