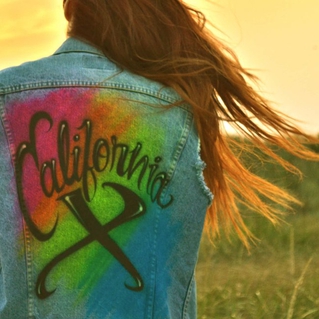 Swamp rock, sludge, fuzz, hooks, the next Dinosaur Jr.? Yeah, yeah, yeah, we get it. Oh, and they’re from Amherst to boot? Compare California X to J Mascis and Co. all you want, but, seriously: can we give them their own identity? They certainly deserve it.

For one, these are happy guys, or at least they sound like it. Frontman Lemmy Gurtowsky has neither the apathy nor the sad-bastard inflections of Mascis. Gurtowsky’s full-throated joy beams through even the gloomiest subject matter. Whereas Mascis might profess lamentation or resignation toward being stuck in the mire of “Pond Rot”, Gurtowsky revels in it: “Would you live down in the murky brown/ down in the fishy deep/ where it’s dark and cool?” Then, later on, “everything is changing/ that’s not the body that I came in/ gills and fins growing in my skin/ I want a pond to rot in.” Next to Neil Young’s “Will To Love”, it’s the best rock song about the joys of turning into a fish.

In more cynical hands, these succinctly-titled tunes (“Hot Hed”, “Spider X”, etc.) would merely mope and lumber. In snarkier ones, the simple declaritives would turn into jokes. But the members of California X wear their graffitied denim with pride, and without a single stitch of irony. They begin and end their self-titled debut with their two strongest tracks, always a smart move when baiting first-time listeners. The opening dirge of “Sucker” gives false impressions of metal before lurching into what seems like three infectious choruses jammed together for nearly seven minutes straight. The earworms burrow deeper and deeper until solo-anchored closer “Mummy” ends the eight-song victory lap.

The electric camaraderie, chrome riffs, and crisp production make for a record that not only kicks, but shows how fun it can be to make music with your friends.