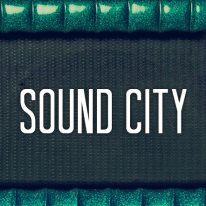 Grohl said in a statement, “As a first time director, I am humbled to be able to share my passion for songwriting and storytelling with this incredible cast of legendary musicians, as seen through the extraordinary story of America’s greatest unsung recording studio, Sound City. Being included in this group of artists is a true honor, and the Sundance Film Festival is the perfect place to premiere a film about craft, integrity, and passion for art. I am over the moon!”

Prior to its closure in 2011, Sound City served as a recording studio for a veritable pantheon of musical icons, including Neil Young, Nirvana, Guns ‘N Roses, Tom Petty, Rage Against the Machine, Nine Inch Nails, Queens of the Stone Age, and more. Many of these artists and bands will appear in the film.

According to a press release, Grohl was inspired to create the film after purchasing the studio’s legendary Neve 8028 recording console last year. Grohl self-directed and produced the film himself, and will release it through Roswell Films, a division of Foo Fighters’ Roswell Records. Watch a brief trailer for the film below.