Dave Grohl rules out touring with Queens of the Stone Age 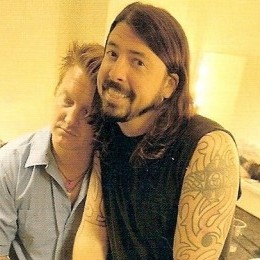 Dave Grohl played drums on the new Queens of the Stone Age record, but he has no plans to accompany the band on tour. Grohl confirmed the news in an interview with CBS Local.

It’s not all bad news though; Grohl also told CBS Local that he expects Them Crooked Vultures – his project with Queens of the Stone Age’s Josh Homme and Led Zeppelin’s John Paul Jones — to one day reunite. “Weve talked about it, I know that someday well get back together and do stuff, because we love playing with each other,” Grohl explained.

Grohl is currently gearing up for the premiere of his directorial debut, Sound City, which will screen first at the Sundance Film Festival before receiving a worldwide release on February 1st. Grohl is also set to give the keynote speech at this year’s South by Southwest.

As for Queens of the Stone Age, their new album is expected early next year, and they’ve already announced several tour dates abroad. Check out their full schedule below.