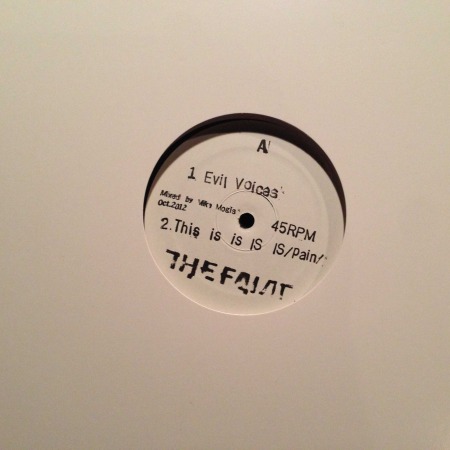 As if the promise of a sweat-soaked dance party weren’t enough, Omaha New Wave band The Faint is selling an exclusive four-song EP to those who attend their latest U.S. tour. The tracks represent the band’s first new music since 2008’s Fasciinatiion and were recorded at the group’s Enamel studio alongside Bright Eyes member and long-time collaborator Mike Mogis.

And as a further incentive to get people through the door, the band have released the opening track “Evil Voices”. With its robotic vocals and multi-faceted synth line alternating between lush groove and random noise explosion, the cut sounds like a culmination of the band’s sound while laying the groundwork for new music ahead. Stream and/or download it below.

The tour is in support of the reissue of the band’s seminal 2001 album, Danse Macabre, which has been remastered and comes with six bonus tracks.  According to a press release, the band will play the LP in full for the first time on the road. Danse Macabre will be available November 19th via Saddle Creek.

Consult the EP tracklist and the band’s tour schedule below.