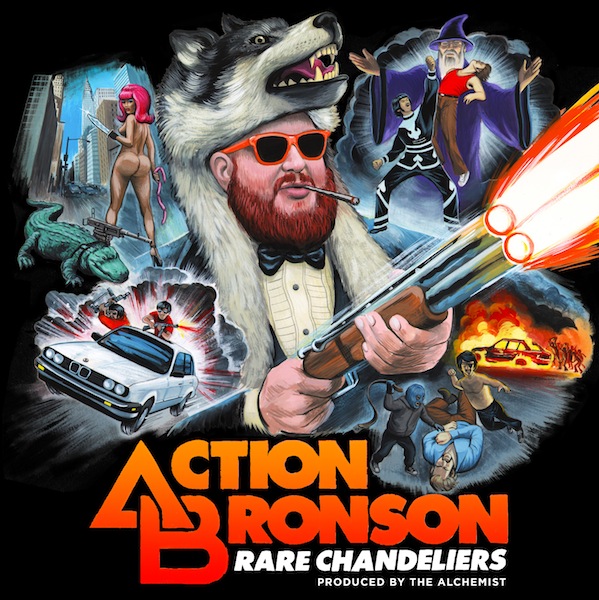 Queens rapper Action Bronson teamed up with producer Party Supplies earlier this year to make the excellent beats-by-YouTube mixtape Blue Chips. For his latest mixtape, Rare Chandeliers, Bronson has been working alongside high-profile hip-hop producer The Alchemist, making trips back and forth to LA for the past year-and-a-half, burning down beats and rhymes.

Fourteen tracks made it on to Rare Chandeliers, featuring noir-funk and deep-jazz beats just like you’d find in Action Jackson or Charles Bronson flicks, ya know? The album also sports ace guest appearances from Schoolboy Q, Roc Marciano, Evidence, Styles P. and more. It’s a fine step forward for Bronson, so go ahead and download the album over at Vice. Update: You can also stream it below.

Check back soon for our interview with Bronsolino, wherein he estimates his beard is valued at well-over six figures.