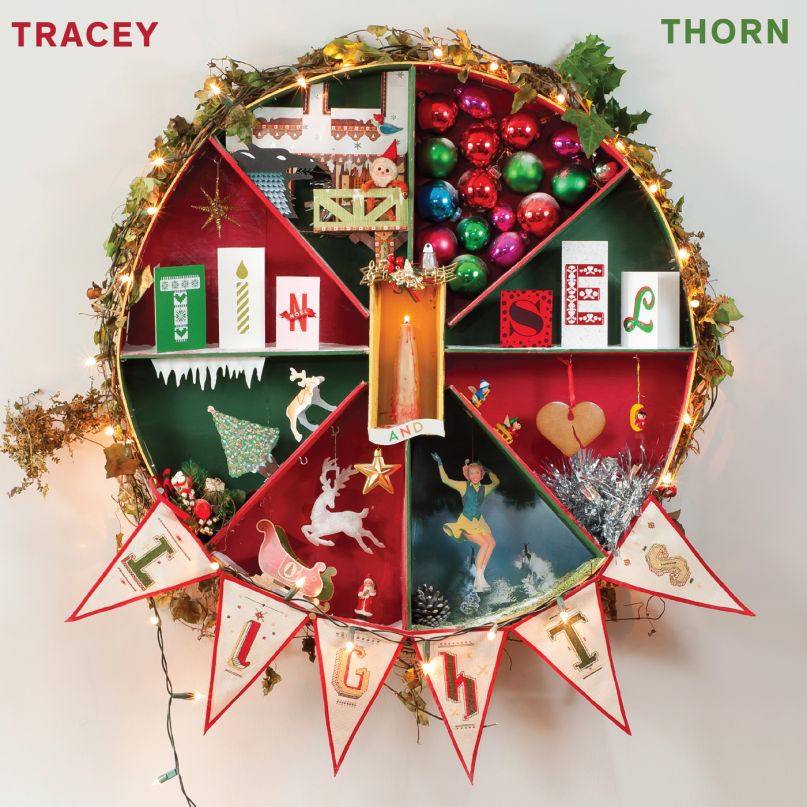 A Christmas album seems quite unlikely for someone whose past suggests she’s not one to oil the wheels of capitalism. Nonetheless, Everything But the Girl’s Tracey Thorn’s Tinsel and Lights is just that, and you could do worse than add it to this year’s Santa list. Thorn has lined up some fascinating choices for her Christmas collection, ranging from Dolly Parton’s reflective “Hard Candy Christmas” to Sufjan Stevens’ delicate “Sister Winter”. About the only time you’ll hear any sleigh bells is on Judy Garland’s “Have Yourself a Merry Little Christmas”, though it’s tenderly relived as a strings-embroidered piano ballad.

Thorn has a faultless clarity to her voice with perfect diction, tempered by a lingering ache in her lower tones that gives it real character. Her arrangements are sensitive, never more so than on “River”. The Joni Mitchell classic is given a pretty faithful rendition, but the mournful brass band accompaniment is a delight. Thorn’s duet with Green from Scritti Politti on Low’s “Taking Down the Tree” is meshed to perfection. It says much about the quality of Thorn’s songwriting that her two self-penned contributions, the title track and the opener, “Joy”, stand up well here among the imaginatively chosen covers. The latter is especially effective, continually uplifting even though the wonder of Christmas is tinged with regret. Its simple melody will stay with you well beyond the season of goodwill.

The title song equally rolls back the years with memories of a Christmas New York and ends with a cheering note: “You kissed me in the snow, and that was when I fell in love with Christmas once again.” It’s the closest thing to sentimentality here, but if you can’t be allowed a little indulgence at this time of the year, when can you?

Essential Tracks: “Joy”, “River”, and “Taking Down the Tree”