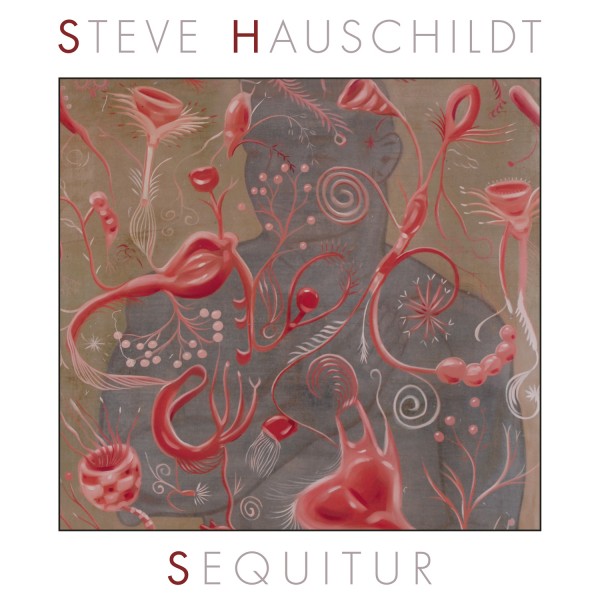 In a year that has already seen the release of the excellent Just To Feel Anything from his band Emeralds and a debut solo LP, Tragedy & Geometry, Cleveland’s Steve Hauschildt returns with a second solo LP. Where Emeralds’ latest pushed further into semblances of ’80s pop than the trio ever had, his return to solo work indulges in the evocative intersection of vintage synths and futurist compositions. Adding to his big year in a dramatic way, Sequitur largely manages to toe the line between expansive ambiance and retro-leaning electronics without sinking into the cliches of either.

Normally associated in conversation with the phrasal addition of non, a sequitur is the conclusion of an inference, the reasonable ending dependent upon context. The title fits perfectly, seeing as Hauschildt sat relatively quietly for awhile, waiting in the wings as Emeralds bandmates John Elliott and Mark McGuire released plenty of material under various side projects. Hauschildt seems to have learned from the context as it piled up and skipped ahead to releasing the logical conclusion, equaling the powerful growth shown in the trio’s most recent combined effort.

While his last disc developed slowly into a majestic buzz, “Accelerated Yearning” kicks things into gear immediately on a sparkling synth beat, the necessity of quality headphones immediately apparent. Sure, this is a record that could soundtrack a drive through a twilit futuristic city, but it’d probably be better if you were lying in the backseat with the cans strapped over your ears as some sort of recently visited alien pushes the pedals. But no, that’s the incredibly cheesy choir sample set from an old Casio buried somewhere deep in the mix, so we can’t be that far into the future.

The glitches and multi-part synth loops of “Vegas Mode” ride similarly headlong into the dark, layer upon layer of electronics twitching in electric ecstasy. Surely this isn’t the same Vegas we know, one just as high on drama but far more dazzling. The title track works massive, shimmering sweeps into its repeated circuits, everything fading into emptiness. After a brief silence, those sweeps unite into what must be an spacefleet assembling somewhere on the edge of the night sky.

The dribbling bubbles of synth on “Interconnected” pop at the surface of an unidentifiable body of water, the reverb-laden synths retaining the vocal-like haunting coo. While in his press release, Hauschildt argues that the affect-less, inhuman voices are utilized to remove the connotations of gender from the listener’s interpretation, but to reduce their fluidity to merely gender is an understatement. They meld from human to robotic, from vocal to instrumental, all in a few moments, and entirely organically.

“Constant Reminders” focuses on the structured side of the equation, reveling in retro pop tropes and compiling a surprisingly funky groove. Hauschildt sings some barely discernible lines through a vocoder, discussing how we’re “like information floating upstream.” The track opens like a focused Black Moth Super Rainbow, synths tones that surely must be coming from a keytar, but a totally classy keytar, if such a thing were to exist. “Kept” acts as its direct opposite, a fluorescent cloud of synth creeping closer and closer until there’s nothing else, wrapping everything in glowing cotton candy and then fading away just as easily.

The rather twee “Mixed Messages” marches on intimately familiar ’80s synth tones, major resolution, sub-bass throbbing, and incredible staccato plinks competing for attention. Though certainly powerful, the track’s opening feels out of place with the entrancing depth of the rest of the album. But then the sharp edges get lacquered over with more and more emissaries of the angelic swarm, the lustrous synths teeming the scene.

This seeming juxtaposition of entirely retro leaning, concise pop sensibilities and massive, atmospheric tendencies shouldn’t meld seamlessly, let alone adjoin each other, yet Hauschildt repeatedly finds a way to fit the pieces together. Whats more, he manages to do so without the pieces ever seeming like they were ever anything but a whole.